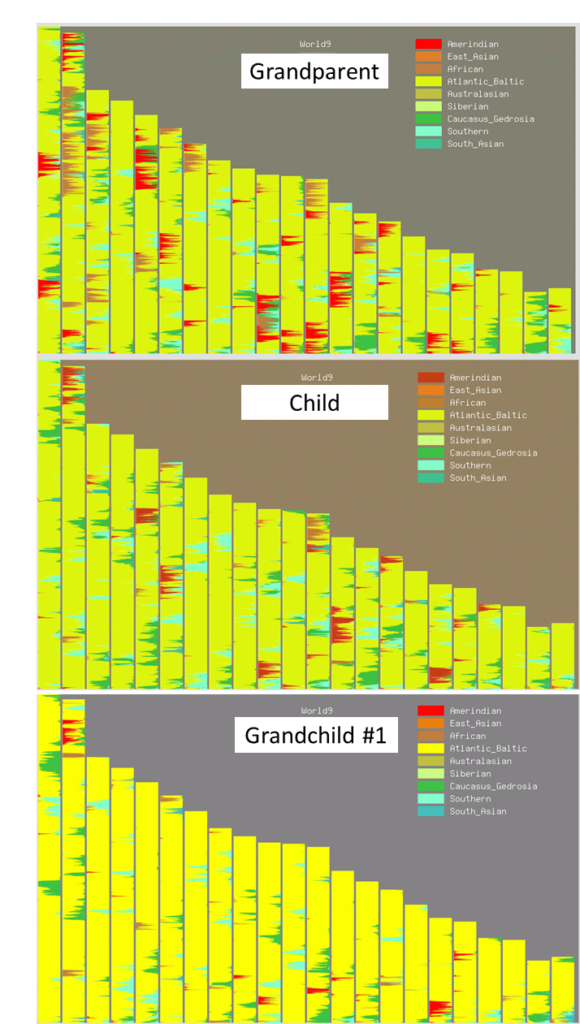 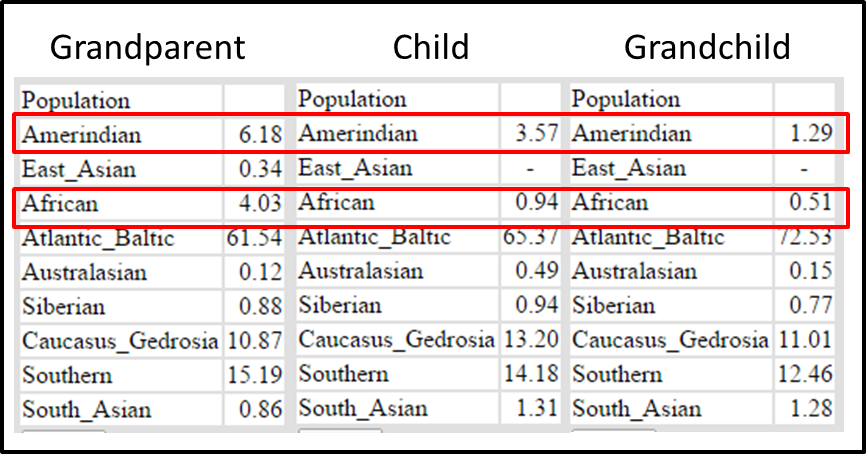 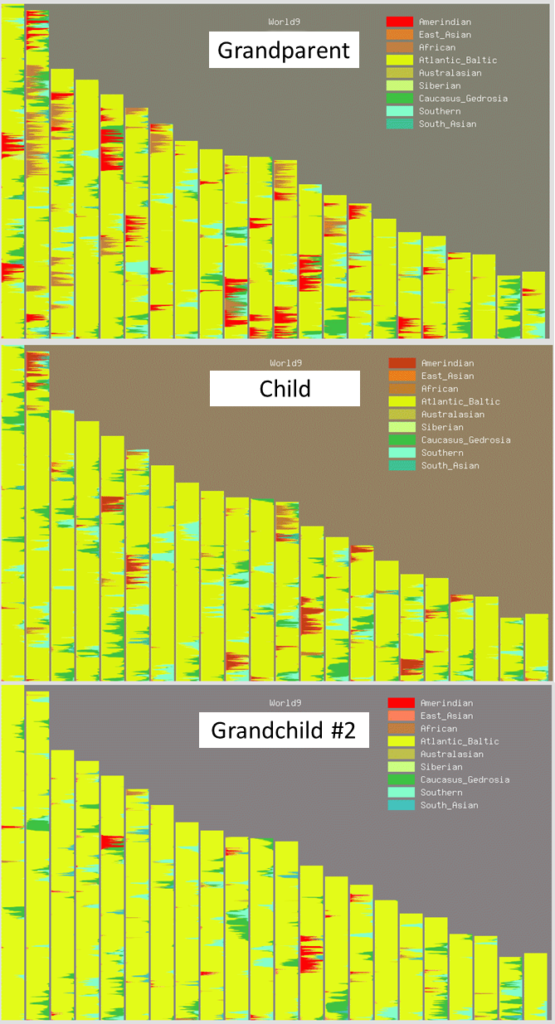 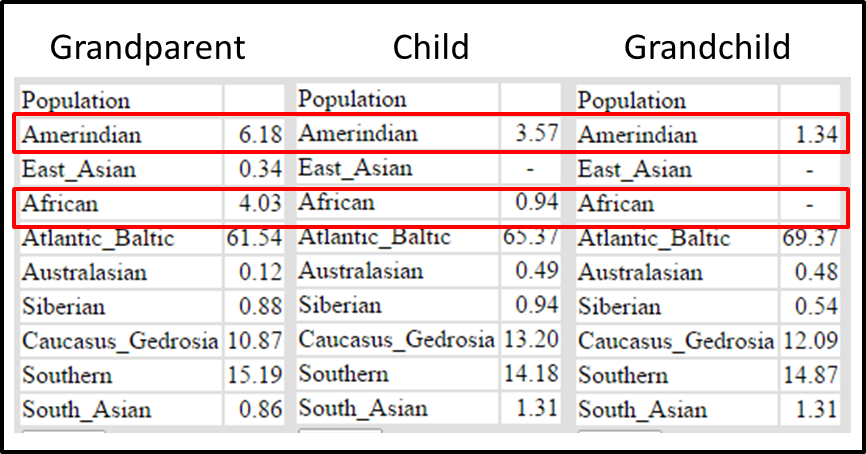 And, with just one more generation, all evidence of these African and Native American segments, so prevalent in the first generation, could be completely missing.

I think there are numerous conclusions that can be gained from visualizations like this.

First, we must always be cautious with EVERY admixture analysis. There is no such thing as a solid, foolproof ethnicity estimate. I have some confidence in the analysis above because the results are consistent among different companies and calculators, and because I’ve tracked segments rather than relying only on percentages.

Second, lack of an ethnicity result is not evidence that the ethnicity is lacking from the genealogical heritage (see “Q&A: Everyone Has Two Family Trees – A Genealogical Tree and a Genetic Tree“). We carry a minuscule percentage of our recent ancestors’ DNA, and as a result we miss so much of the rich genetic heritage from which we descend. This is also why judging our ethnicity estimate based on our known genealogy is so problematic.

Third, this is yet another reason why it is so vital to test the oldest generation! Although this exercise focuses on ethnicity, it applies just as equally to shared segments. Imagine those segments in the grandparent being segments shared with a second cousin, for example. By the grandchild’s generation, they are almost not related to that second cousin!