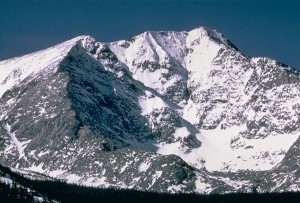 In 1991, German tourists in the Alps discovered the mummified remains of a man who died approximately 5,000 years ago. Named Ötzi, the remains have been studied extensively and have revealed a wealth of information about life in this region.

Of note to genetic genealogists, Ötzi’s DNA has also been the subject of extensive analysis.  In February 2012, sequencing of Ötzi’s full genome was announced (see here and here) which revealed, among other things, that the Iceman probably had brown eyes, belonged to blood group O, and was lactose intolerant.  He may also have had Lyme disease, as the genome of the infectious agent  Borrelia burgdorferi was also identified in the sequencing effort. Article #2 – “Behind the Scenes of the Ad Campaign for 23andMe’s $99 DNA Test” – a brief look at how 23andMe is trying to recruit 1 million new customers. The article features a handful of tv spots, and reveals that many of the actors took a 23andMe test. ... Click to read more!

There has been a great deal of coverage this week of the new patent issued to genetic testing company 23andMe.  U.S. Pat No. 8,543,339 is entitled “Gamete donor selection based on genetic calculations” and is directed to methods for predicting traits for a child based on the DNA of candidate parents, and selecting a preferred donor based at least in part on the prediction.

Some of the coverage (including an editorial in Genetics in Medicine) has suggested that the methods are “hugely ethically controversial” and “‘GATTICA’-like,” and could lead to a “design-your-own-baby DNA test” and “designer babies.”  Another popular genetic genealogy blogger, Roberta Estes, also addressed the patent on her blog earlier this week (“23andMe Patents Technology for Designer Babies”). ... Click to read more!