AncestryByDNA is a popular genetic test developed by DNAPrint Genomics, Inc.The company offers a variety of genetic testing, including Y-chromosome and mtDNA ancestry.They are most well-known, however, for their two admixture tests.Admixture tests examine SNPs, or single nucleotide polymorphisms, in the 22 autosomal chromosomes in each of our cells.Although every humanâ€™s DNA is 99.9% identical, the 0.1% differences make each one of us unique.Researchers have noticed that people in a particular region often have a mutation in common, one that people in most or all other regions of the world do not have.These usually harmless mutations, called SNPs, are believed to have bio-geographic properties â€“ people endogenous to certain regions of the world have different versions of the SNPs.A person who submits his DNA for analysis could have SNPs which reveal genetic contributions from a wide variety of regions. ... Click to read more! 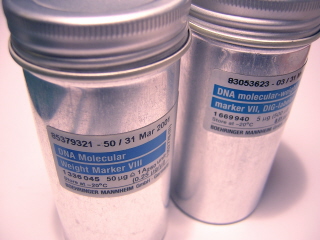 How many founding Asian groups braved their way across the Bering land bridge during those frigid Pleistocene ice ages?Was it a single wave of people who later developed into the three distinct linguistic and cultural groups that populated the , or were there multiple waves of people each with their own language and culture? Or was it some mix of the two?The issue has been and continues to be a topic of debate.

With the arrival of Black History Month and following on the heels of PBSâ€™s popular series â€˜African American Livesâ€™, increasing numbers of African Americans are deciding to explore the world of DNA testing and genetic genealogy.As a result many newspapers and magazines are taking the opportunity to introduce their readers to this increasingly popular avenue of genealogical research.

The Rocky Mountain News in is currently three articles into a six-part series examining the role and effect of genetic genealogy in African American research [Thanks to Genealogy Reviews Online]:

Genealogists interested in researching their Scottish roots will soon have a new resource thanks to a new genealogy center created by the in .Â  The center will join together traditional genealogical research with recent advances in genetic genealogy to help individuals verify their Scottish roots with DNA testing.Â  According to the Scottish Tourist Board at VisitScotland.com, more than 50 million people throughout the world can claim Scottish ancestry.

This testing will be done by mouth swab and will be conducted in a new forensics lab built at the University.Â  The center will use both Y-chromosome and mtDNA results to build their database.Â  Researchers at the University hope that the center will eventually be able to build a genetic map of the clans of by looking for markers that are specific for each particular clan.Â  The test should cost around GBP60 ($120USD), and a number of people have already expressed an interest in the test. ... Click to read more!

African Ancestry has had a very good year.Â  The popular PBS series â€˜African American Livesâ€™, which analyzed the African roots of nine famous figures (such as Oprah, Quincy Jones, Whoopi Goldberg, Chris Tucker, and Dr. Sara Lawrence-Lightfoot), used the African Lineage Database developed by the Scientific Director of African Ancestry, Dr. Rick Kittles.Â  This publicity has resulted in African Ancestry being featured in a wide array of newspaper and magazine articles around the world.

African Ancestry offers two types of DNA analysis, the Matriclan test and the Patriclan test.Â  The Matriclan test sequences a portion of an individualâ€™s mtDNA to determine whether the ancestry of that lineage is African, European, or other ethnic group.Â  If the ancestry is African the company will compare the sequence to the African Linage Database.Â  This exclusive database is African Ancestryâ€™s strongest selling point.Â  It contains lineages sampled from over 30 countries and 160 ethnic groups in .Â  The maternal lineage database, for example, contains almost 14,000 samples. ... Click to read more!

Researchers have analyzed the (abstract here) HVR1 (hypervariable region 1) of the mtDNA control region belonging to an ancient female skeleton.Â  The skeleton, approximately 3,600 years old, was discovered in 1980 in a frozen Neolithic grave in northeastern .

A recent study by has characterized an allele that is present in all Native American populations tested.The allele, 9RA (9 repeat-allele) is a 9 tetranucleotide repeat allele composed of 275 bp at autosomal (meaning non-sex chromosome) microsatellite locus D9S1120 (on chromosome 9).Microsatellites are small DNA repeats that are typically neutral and are often used as molecular markers for population studies.According to the report, 9RA was found at an average percentage of roughly 30% among all the populations.

Although 9RA was found among Chukchi and the Koryaks of Western Beringia (on the eastern edge of Siberia), the allele was not identified in the large number of Asian populations tested (perhaps because this is a mutation that arose in populations as they approached the land bridge or because the sample size was not big enough to detect it). ... Click to read more!

Sciona, Inc., a Boulder, Colorado company that sells personalized genetic tests for lifestyle counseling based on an individualâ€™s diet, exercise, lifestyle, and genetic screening, has recently launched the website MyCellf to explore the growing field of nutritional genomics.Nutrigenomics is the study of the interaction between genes and diet.

According to a recent press release, MyCellf is designed to:

â€œprovide a balance between information, customer interaction and commerce for interested consumers and healthcare professionals. The company offers a unique non-medical, lifestyle counseling based on an individual’s diet, exercise and lifestyle history and a confidential genetic screening. By supplying this information direct to consumers through a detailed Action Plan, Sciona is able to guarantee complete privacy and confidentiality to the customer and total individual control of genetic information. The Sciona programs focus on lifestyle and nutritional adjustments to enhance health and longevity.â€ ... Click to read more!

I recently highlighted an article published in the American Journal of Physical Anthropology entitled “Genetic analysis of early holocene skeletal remains from Alaska and its implications for the settlement of the America”.

I thought it might be interesting to ask one of the authors, Dr. Brian M. Kemp, his thoughts on the relationship between genetic genealogy and anthropological research, the future of Native American anthropology, and how he entered the field. Dr. Kemp, who is currently doing a post-doc at Vanderbilt University, was kind enough to share some of his valuable time.

Will genetic testing of the public through companies such as Family Tree DNA and Oxford Ancestors have any impact on the study of anthropology?

“Well, it certainly places anthropologists in an important position of helping the general public contextualize the results of such testing.Some of the major issues that have surfaced, and will continue to do so, from the recent fascination of genetic ancestry are those of race, evolution, and identity.These are topics of long-standing interest to anthropologists.It is my hope that the proliferation of genetic ancestry tests will cause the general public to become more interested in anthropology and human evolution in general.”

Is ancient DNA the best source of data for determining the spread of Native American populations into and throughout the Americas? What other sources of information might shed light on the topic? ... Click to read more!

23andMe is a startup company in California that describes themselves as “an early startup developing tools and producing content to help people make sense of their genetic information. Our goal is to take advantage of new genotyping technologies and help consumers explore their genetics, informed by cutting edge science.”

What are the goals of 23andMe? The website claims that a person’s personal genetic information “will provide personal insight into ancestry, genealogy and health. For society, the collection of genotypic and phenotypic information on a large scale will provide scientists with novel avenues for research. “It should also be noted that 23andMe has ‘strong financial backers” and is looking for “talented, motivated individuals in many areas who have a passion for health and technology.” ... Click to read more!