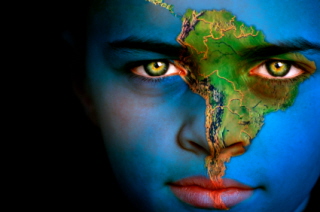 A recent study (epub ahead of print) published in Human Heredity examines the Y-DNA and mtDNA haplogroups of 120 black males from . Approximately four million Africans were taken as slaves to where they interbred extensively with Amerindians and Europeans. Previous studies from this group have shown that while white Brazilians have predominately European Y-DNA, they have high a proportion of African and Amerindian mtDNA.

Interestingly, the study showed that while only 48% of the Y-DNA was characteristic of sub-Saharan , 85% of the mtDNA appeared to be of African origin. The authors also used the results to estimate the ancestral contribution of Central-West, West, and Southeast Africa to African Brazilians from . I canâ€™t

The supplemental data is free, including a supplementary table (pdf) of the HVS-I (16065-16365) sequence variations from each of the 120 individuals.