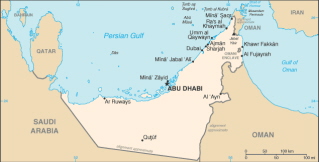 Although it wasn’t apparent from the email that I received, Eastern Biotech & Life Sciences has partnered with Family Tree DNA to offer genetic genealogy testing. The following sentence comes from a press release at i-newswire: “Eastern Biotech & Life Sciences is proud to be associated with Family Tree DNA to create a database for the Middle Eastern population.”

: 09/12/2007-Eastern Biotech & Life Sciences is set to launch a new Wall Chart of DNA Ancestry services to the people of the to help them invent their deep ancestors from 150,000 years ago. The roots of this tree lie more than 100,000 years in the past, at a time when our hunter-gatherer ancestors were living in . As the branches of the tree multiply, they record the history of our species and the dramatic stories of how pioneering groups of humans explored and populated our planet. The different journeys they made shaped the world we know today.

From a simple mouth swab you can identify key genetic markers within your unique DNA. â€œBy comparing these markers with genetic information taken from thousands of men and women living all across the world, we can reveal how your personal family history is descended from these epic eventsâ€, said Eng. Aida Omar, Marketing Executive of Eastern Biotech & Life Sciences.

DNA forms an unbroken chain from generation to generation, connecting you to your ancestors some 150,000 years ago, around 7,000 generations back. â€œYour DNA is passed from both of your parents. That is the reason we offer two paths (Paternal & Maternal) to construct your wallchartâ€ said Eng. Aida Omar.

Eastern Biotech & Life Sciences is a new generation provider of Predictive Genetics Testing services to the Middle Eastern people. Their aim is to be a pioneer of predictive and personalized healthcare by offering high quality services to their clients.”

Note that this product was also announced to the DNA Network a few months ago at EyeonDNA. To learn more, read this recent story in Eye of Dubai (in no way affiliated with Eye on DNA!).