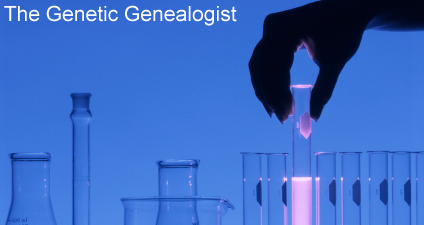 There is so much information about genetic genealogy in the news right now that I am having a hard time keeping up. That, of course, is good news. So here is a round-up of some of the best from the web:

“Seeking Columbus’s Origins, With a Swab” is an article in today’s New York Times (HT: Liz). Scientists and genetic genealogists hope to use Y-DNA to compare DNA that might be Columbus’s to modern-day people with a related surname.

“Genetic Genealogy Mildly Hot” is a post by Hsien at Eye On DNA that explains why “family tree dna” was one of the top 100 searches at Google Trends yesterday. Got a guess?

In “60 Minutes on DNA: Deja Vu All Over Again“, Megan Smolenyak looks at Sunday’s 60 Minutes segment about genetic genealogy. It’s a brilliant post, especially with the following sentence:

“Since I’ve been watching this same formula repeat itself since 2001, I’ve developed a pet peeve about the built-in, patronizing assumption that genealogists are too dense to understand the fundamentals of what DNA can and can’t do — rather than the reality that we’re pioneers delighted with the prospect of learning what had previously been unknowable and well aware of the limitations.”

We’re pioneers, people! If there is anyone being tested who doesn’t understand the limitations of genetic genealogy, then they’re not reading The Genetic Genealogist, or Megan’s Roots World.

There’s some new information about 23andMe’s latest round of venture capital funding.

“Genomics: The Personal Side of Genomics” is a round-up by Nature of some of the latest innovations in DNA sequencing. A nice discussion of some aspects of The Personal Genome Project (HT: Brian).

“The DNA Cracker: Closing the Book on Jack” is an article about using DNA databases to find relatives and identify potential suspects for criminal investigations. The article is also largely about Bryan Sykes, the founder of Oxford Ancestors (HT: Hsien).

And finally, the Sorenson Molecular Genealogy Foundation (SMGF) has announced that its DNA database will expand by at least 30,000 samples this year, due to expansive collection projects in a number of regions around the world.