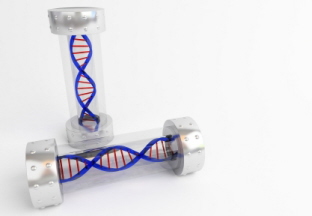 A report published in the New England Journal of Medicine entitled “Letting the Genome Out of the Bottle – Will We Get Our Wish?” is getting a lot of coverage elsewhere, but I thought I’d add my two cents. The report’s authors are largely concerned with quality control, clinical validity (the actual predictive value of genetic tests), and utility (the balance of family history and genetic testing) of genome scans offered by companies such as 23andMe, deCODEme, and Navigenics. They also suggest that people wait for the science to catch up before purchasing genome scans. There is an NEJM audio interview with Muin Khoury, one of the authors of the study about the subject. Note that this particular report is about medical implications of genetic testing, not about genetic genealogy (two very different topics that were very confusingly jumbled in the recent article “A High-Tech Family Tree” from U.S. News & World Report).

Following up on the “High-Tech Family Tree” article, U.S. News & World Report interviewed David Hunter, one of the authors of the NEJM report. One of the take-home messages from his interview is embodied by the following:

“The one thing that is almost guaranteed for anybody who signed up for one of these tests and paid for itâ€”and the companies actually tell people thisâ€”is that the information you get will need to be updated constantly over months and years. So why not wait until the information is more mature and isn’t changing all the time?”

In my opinion, the authors bring up some valid concerns about genetic testing, but the cat is already out of the bag, and increasing numbers of people will purchase genetic testing. The focus now should be on educating consumers and funding scientific studies (such as the Personal Genome Project) to learn more about the association between genetics and disease. And keep in mind that aside from the medical information revealed by testing, genome scans will still prove to be VERY useful for genetic genealogy!

For further discussion about this NEJM report: