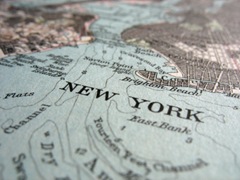 Forbes.com published an article today entitled “States Crack Down On Online Gene Tests” that examines New York state’s response to the recent launch of direct-to-consumer (DTC) genetic testing services by companies such as 23andMe, deCODEme, SeqWright, and Navigenics, as well as the behind-the-scenes companies like Illumina and Affymetrix.

Unfortunately, the regulatory environment surrounding DTC genetic services is hazy at best. From the article:

“Over the last six months, New York State’s Department of Health has sent letters raising the specter of fines and jail time to six online gene-testing firms that offer consumers the ability to peer into their genome to assess their future risk of getting diseases such as cancer, heart disease and multiple sclerosis. Often, it turns out, the services offering these DNA deep-dives are doing so without the involvement of a doctor. That puts them on the wrong side of the law.”

I’m still not convinced. I recently wrote an article that reviewed New York’s statutes and regulations regarding DTC testing, and it is far from clear. Additionally, there is almost an entire lack of case law to help interpret these statutes. Ultimately it is a question of statutory interpretation and legislative intent. What did the original drafters of these regulations intend the laws to do, or to protect? How should these laws be interpreted today? These are difficult questions without clear answers, and thus will be the subject of much debate in the near future.

P.S. – I am currently working to find a journal in which to publish my article, so stay tuned for my input on this very controversial topic!