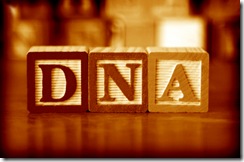 In Portfolio.com columnist David Ewing Duncanâ€™s four-part series, â€œYou 2.0,â€ he assess and compares three major websites recently launched that test a personâ€™s DNA for risk-factors for everything from Alzheimerâ€™s Disease and heart attack to drug addiction, an ability to taste bitterness, and ancestry. Is this information ready for prime time? Can it really predict a healthy personâ€™s medical future? Duncan has been tested by 23andme, deCodeme, and Navigenics, and reports on his sometime contradictory and confusing, sometimes funny, and occasionally enlightening results gleaned from these controversial sites that are attempting to bring genetics directly to the people.

Here are the four parts:

According to his website, Duncan is writing a book entitled Experimental Man: One Manâ€™s Intimate Journey Into Himself, Cell by Cell (although I’ve also seen it written as Experimental Man: A Molecular Autobiography) which is due to be available in late summer 2008. The book “describes and assesses a wide-range of leading-edge diagnostic tests that David has taken, from genes and environmental toxins inside him to brain scans assessing everything from his propensity to suffer from Alzheimerâ€™s Disease to the politics of his brain. He is running these tests as an Everyman in an attempt to understand and humanize the often eye-glazing science that is about to change our world.” The Experimental Man Power Point Presentation is already available.