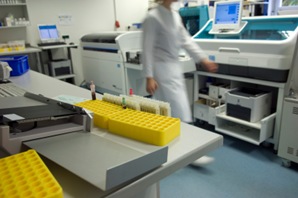 The Virginia Commonwealth University Life Science Center has released the results of the VCU Life Sciences Survey and I thought I’d share some of the interesting results.

The most surprising result of the survey is that 80% of surveyed adults favor making genetic testing â€œeasily available to all who want it,â€ similar to values in 2001 and 2004.Â  Donâ€™t tell this to the New York and California Departments of Health!

The Benefits Outweigh the Risks

So which is stronger â€“ our genetic inheritance or our lifestyle/environment?Â  57% of respondents believe that â€œour environment and living practicesâ€ are â€œa more important influence on peopleâ€™s behavior, while 27% believe that it is â€œthe genes we inherit.â€Â  The respondents were also asked how scientists would respond to the same question.Â  They believed that 42% of scientific experts would say that our genes are a more important influence and 39% would say that our environment and living practices are more influential.