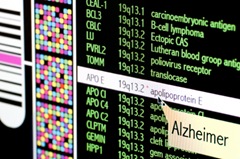 A recent article by Ronald Bailey in reasononline asks whether genetic tests actually need more federal regulation.Â  Itâ€™s probably clear that I strongly support the individualâ€™s right to their own genetic information via DTC testing, but this viewpoint is rarely seen or endorsed in the press.Â  Bailey concludes:

â€œThere may well be some inaccurate tests and there will certainly be people who mislead customers about the meaning of certain tests. But do we really need additional federal regulation to weed out bad actors? Most evidence suggests that the current tests are fairly accurate, and that customers are not being misled by the results that are reported. All new technologies involve a societal learning process in which some early adopters try it out, explain to others how it works, and find out its flawsâ€”which newer innovators then fix.â€

â€œ[The author] asked Princeton University molecular biologist Lee Silver via email how accurate the DTC genotype scanning tests are. “I ran an analysis on personal genome results obtained from 23andMe and DeCODE for me,” Silver replied. “There were about 300,000 data points that overlapped between the two tests. There was not a single data point (among 300,000) that was scored positive in one test and negative in the other.” Silver is satisfied with accuracy of such screening tests.â€