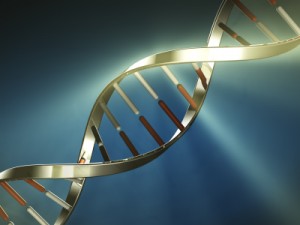 I highly respect the work of these authors, and I appreciate their efforts to educate the public about these issues. I do, however, wonder why the article was published in Science. The article mostly rehashes arguments found in a number of other articles (including from a very similar 2007 Science article (link) with some of the same authors) without adding any new research or supporting evidence. This is my greatest criticism of this and related articles – much of the hypothesis rests on anecdotal evidence without any corresponding research for support (such as objective social research with genetic ancestry testing customers).

What is different about this article, however, is that it very strongly promotes government regulation of genetic ancestry tests; indeed, this is the overarching purpose of the article. And this is perhaps one of the reasons that the article was accepted for publication: we are presently in a highly-charged atmosphere as a result of the interplay between DTC genetic testing and potential & existing government regulation.

The authors state that one of the issues that emerges long before genetic ancestry tests are available is the collection of DNA samples used to create (and supplement, I suppose) an initial commercial database: “ethical questions about the collection and use of DNA samples must be resolved before researchers are permitted to sample many of the populations needed to approximate the full range of human genetic diversity.”

I agree that it is vital that any and all DNA collection & use from indigenous populations be constrained by clear and well-developed ethical standards. However, while the statement that “incomplete representation of human genetic diversity in existing databases” is a limitation of genetic ancestry testing is entirely accurate, the implication that all testing should await this approximation of completeness is not practical or tenable. Rather, entities doing genetic ancestry testing must continue to inform consumers about this limitation. Imposing a government-imposed definition of “completeness” of a database through regulation is clearly not the solution. Is there anyone on the planet today who can adequately describe what a database that would contain a complete or even approximate representation of human genetic diversity would look like? Certainly not, as research endeavors such as The Genographic Project are still working to describe human genetic diversity.

Interestingly, the authors state that “[t]he high stakes of genetic ancestry research require innovative approaches to dialogue, collaboration, and power-sharing between academia, industry, consumers, and community groups.” I think this is a reasonable approach, and one that has been proposed to me in the past by others in the field. The authors go on to state that:

“A first step may be joint creation of a vernacular that characterizes key concepts like probability, association, origin, and ancestry to help minimize variability that exists in how such concepts are understood across fields, communities, and governmental and commercial entities with different vantage points.”

The authors then discuss the term “origin” as an example of a term that is “not transparently or consistently defined.” Creating and enforcing any definition of this term could be problematic, a symptom of the very field in which it will be used. Terms such as “origin,” “ancestry,” “heritage,” and “genealogy” mean something different to each person. Indeed, a recent study has suggested that many customers of genetic ancestry testing adapt the results of the tests into their pre-established sense of self (which includes their personal definitions of origin, ancestry, and heritage). Again, the solution here (as the authors do seem to be suggesting) is education; each entity offering genetic ancestry testing should make the benefits and limitations of genetic genealogy clear.

As I stated before, this article is the strongest proponent yet of increased governmental regulation of genetic ancestry testing. Yet, as I have previously argued it is education, not government regulation, that can most adequately address the issues the authors raise. For me, the “gold standard” of genetic ancestry testing is and always will be the education of consumers, not the regulation of testing companies. In furtherance of this belief, I have spent the last two years building this blog and associated works in order to help educate these consumers.

The authors conclude that government agencies are best suited to “discover common language and to identify best practices for presenting the limitations of current genomic technologies and the risks associated with over-extrapolating or misinterpreting genetic ancestry results.” The perceived need for regulation in this area necessarily relies on genetic exceptionalism, which holds that genetic information is fundamentally different from all other information about an individual. I’ve never been a believer of genetic exceptionalism, however. I suggest that the argument relies on genetic exceptionalism because the authors promote regulation of genetic ancestry testing, not of all genealogical research. Indeed, almost any type of genealogical research – including traditional paper record research and family interviews – inherently has “limitations” and suffers from the possibility of “over-extrapolation” or “misinterpretation.” Yet the answer here is clearly education, not government regulation of how the limitations of the supposed “facts” in great-great-aunt Maude’s birth certificate can be communicated to the public.

Instead of spending precious time enacting regulations that will do little to educate the public about genetic ancestry testing, let’s work together to increase the education of customers. Middle school and high school students need a stronger education in genetics in order to face the inevitable Genetic Future (see, for instance, the fantastic work of Harvard’s Personal Genetics Education Project), and adults require easily understandable resources available at their fingertips. This, not remote government regulation, will directly benefit consumers.

The article also mentions researchers’ use of DNA samples from the Havasupai Tribe for various research projects despite the fact that individuals only consented to a study regarding diabetes (more info here). Although I am not familiar with either the law or the facts of this case, it is clear that there should be bright ethical guidelines for researchers to follow in order to prevent what the Tribe (and undoubtedly many others) obviously believes is a misuse of the samples.

However, with all due respect I question the inclusion of this issue in the article. The purpose of the article is to promote the use of government agencies to set industry guidelines (to “identify best practices for presenting the limitations of current genomic technologies and the risks associated with over-extrapolating or misinterpreting genetic ancestry results”). The Havasupai controversy, on the other hand, regards the collection and use of biological samples for research purposes. However, most if not all genetic ancestry testing companies either already have well-established proprietary databases or never engaged in the collection of biological samples from non-customers (instead forming a database from published data); other than The Genographic Project, I am unable to name a single genetic ancestry testing company that is or plans to obtain biological samples from non-customers for research (or any other) purposes. Indeed, even if government regulation of genetic ancestry companies had been established 10 years ago, I don’t think the Havasupai controversy would have been avoided.

Yet, tellingly, almost a third (30.7%) of the news release – about this paper discussing increased regulation of genetic ancestry testing – specifically highlights the very charged Havasupai issue. The issue feels out of place as the article is read, and while it is an example of the need for increased ethical guidelines regarding the collection of biological samples for research purposes, the fact that it does not support or even address the conclusion of the article leads me to question its inclusion.

As I wrote when the ASHG statement was released last year, government regulation in this field will not solve the issues raised by these ethicists (for the reasons stated above, among others).  The answer is consumer education, something that is the responsibility of both the consumer and the testing company.  Indeed, companies should continue to review and revise their customer education policies to ensure that the potential benefit and limitations of genetic ancestry testing are clearly understood by consumers before they purchase a test kit.