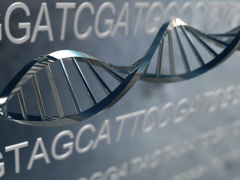 To learn more about GINA and to follow GINA as it progresses through the Senate and ultimately to the Presidentâ€™s desk for his signature, check out the GINA page on Congresspedia. I had never heard of Congresspedia, but it is a great resource for following and learning about pending legislation in Congress.

3. What does GINA consider to be â€œgenetic informationâ€?
Interestingly, GINA considers the term â€œgenetic informationâ€ to include an individualâ€™s genetic tests, AND a family memberâ€™s genetic tests! (Note that GINA defines a â€œgenetic testâ€ as â€œan analysis of human DNA, RNA, chromosomes, proteins, or metabolites, that detect genotypes, mutations, or chromosomal changes.â€). Family members include dependents, and relatives out to the first-, second-, third-, and fourth-degree!!
Thus, your employer could not test any relative out to and including your third cousin. Third cousins share a common great-great-grandparent. (For a chart explaining degrees of cousins, see the Table of Consanguinity at Wikipedia.)

4. Where can I read the text of GINA (if I were so inclined)?
The full text of the current version of the bill is available at GovTrack.us.

5. Do we really need a federal act to protect against genetic discrimination?
In a press release announcing the introduction of GINA in the House of Representatives, sponsor Representative Louise M. Slaughter (D-NY) listed a number of reasons that GINA was necessary, including:

– In the 1970â€™s African Americans were denied jobs and insurance based on their carrier status for sickle cell anemia;

– In 1998 Lawrence Livermore Laboratories in was found to have been performing tests for syphilis, pregnancy, and sickle cell on employees without their knowledge or consent.

– In 2000 the Burlington Northern Santa Fe Railroad performed genetic tests on employees without their knowledge or consent.

In my opinion, Rep. Slaughter made one of the most convincing arguments in support of an act to prohibit discrimination based on genetic information:

â€œThere are currently over 15,500 recognized genetic disorders affecting 13 million Americans, and every one of us is estimated to be genetically predisposed to between 5 and 50 serious disorders.â€ Testimony before the House Committee on Education and Labor on January 30, 2007 (available here).

7. Who supports a genetic non-discrimination act?

– Legislators: The Senate has previously and unanimously passed a similar bill, and the President has indicated that he supports the legislation to prevent genetic discrimination.

8. Why are we talking about GINA now?
On April 25, 2007, GINA passed the House of Representatives with a vote of 420 in favor to 3 opposed. You can see more about the results of the voting at the Washington Post Votes Database. Additionally, â€œThe Personal Genomeâ€ has a youtube video of Representative Slaughter testifying before the House on the day the bill was passed.

9. Who voted against GINA?
There were 9 Representatives who did not register a vote, and there were 3 Nay votes. The Nay votes were cast by Representatives Jeff Flake (R-AZ), Ed Royce (R-CA), and Ron Paul (R-TX). I was unable to find a press release for any of the three Representatives stating why they might have opposed the bill.

10. Can I read a full report of the congressional proceedings when GINA was passed?
You betcha! â€œThe Personal Genomeâ€ has been so kind as to provide a pdf of the full proceedings(pdf) from the Congressional Record on April 25th.

11. So what happens to GINA now?
Now that GINA has passed the House of Representatives, the bill progresses to the Senate for consideration (Do you remember the entire process from the Schoolhouse Rock â€œIâ€™m Just a Billâ€?). On April 26th the bill was received in the Senate and read for the first time. It normally takes time for a bill to proceed from a first reading to a vote â€“ GINA was introduced in the House in January, for example.

12. Can I read more about GINA in the press?
There is more information about GINA at Wired, Wired Science, The Gavel, Daily Kos, and the Genetic Alliance (pdf).