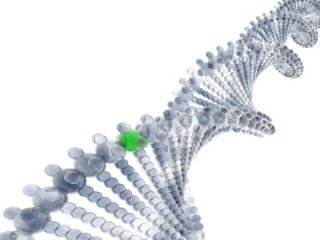 Last Thursday, Michael Neill, a noted genealogist and author of rootdig.com, posted an article entitled â€œIs DNA That Big of a Deal?â€

Mr. Neill, who states that he is â€œtired of all they hypeâ€ writes:

â€œWhile I admit there are times where DNA analysis can be helpful, in the vast majority of cases DNA does not provide the type of relationship precision we need. Knowing that two people are related “somehow” “somewhere” “an unknown number of generations back” is typically not the kind of information genealogists need.â€

He also believes that instead of spending money and effort on genetic genealogy, researchers should be digitizing and preserving records.

I agree with much of what Mr. Neill says â€“ DNA doesnâ€™t always work, DNA isnâ€™t for all genealogists, and genealogists MUST help preserve endangered records. But, unfortunately, paper records donâ€™t hold all the answers. Iâ€™ve always believed that genetic genealogy works best when it is combined with traditional genealogical research. Inside each one of my three trillion cells are a few strands of DNA that serve as records of their own â€“ why shouldnâ€™t genealogists get excited when exploring the most personal record theyâ€™ll ever find?

I think that genealogists are curious by nature, and typically embrace any technological advance that furthers the study of genealogy (microfilm, computers, the internet, DNA). Genetic genealogy is NOT, however, the answer for everything, or even for most things. There are times when it works, and times when it doesnâ€™t. But the fact that there are SO many success stories suggests that DNA is a big deal, that some hype is deserved.

Thanks to John Reid at Anglo-Celtic Connections, who wrote a thought-provoking response to Mr. Neillâ€™s post. Mr. Reid points out that DNA is relevant in a genealogical timeframe, and contrary to Mr, Neillâ€™s statement is not just about â€œwhere my ancestors were 100,000 years ago.â€

Update: Since I wrote this article (I set it for auto-post a few days in advance since I’ll be camping this weekend), Mr. Neill posted a follow-up to his DNA post. In his post, Mr. Neill describes one example where a non-paternal event results in two related lines appearing as though they are unrelated. Non-paternal events are a big deal, and they’re common – and most serious genetic genealogists know this. As a result, many people attempt to test more than one line for confirmation, although there won’t always be another cousin to test.

In Mr. Neill’s example, two individuals, Bob and Tom Yougotancestor, are trying to prove that their great-great-great-grandfathers are brothers or cousins. The DNA test reveals, however, that Bob and Tom are not related. With this information, Mr Neill jumps to the wrong conclusion – The DNA test proves that Bob and Tom Yougotancestor aren’t related (through their Y-DNA), not that Elam and Thomas Yougotancestor aren’t related! That conclusion is merely a hypothesis, which must be supported or denied by further research and evidence (including more testing).

And what about the traditional paper records that Mr. Neill touted in his first post? If an old hidden record is found that shows that Elam and Thomas Yougotancestor are brothers, then Bob and Tom would conclude that they are fifth cousins. Again, this conclusion would be wrong! They are in fact unrelated through the Yougotancestor line, which the DNA test proved! Genetic genealogy is always at its best when it is combined with traditional genealogical research.

Again, thank you to John Reid, who posted his own response to Mr. Neill’s second article.