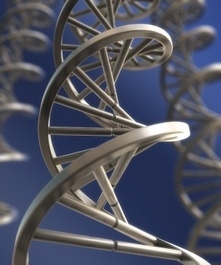 There is so much to talk about, and so little time to write. So I thought I’d do a round-up post to bring these interesting stories to your attention. I hope you enjoy the following:

Of great significance to genetic genealogists, the Wall Street Journal says that as many as 1 in 25 children are the result of non-paternal events! The number seems very high, but it is based on a 2005 report in the Journal of Epidemiology and Community Health studying families in “the U.S., Europe, Russia, Canada, South Africa and several other countries.”

SNP studies are coming out left and right. The recent studies have examined variation among genomes from numerous populations using SNP chips that examine 600,000 or more SNPs. See more at GenomeWeb News, The Spittoon, and Genetic Future. A great quote comes from a discussion of one of these SNP studies at the terrific Dienekes’ Anthropology Blog:

“Before I get into the details of the paper, I want to reiterate my conviction that the problem of human origins is not really a hard one. It just requires a lot of data, a lot of populations, individuals sampled, a lot of genetic markers. Our history, our race, and now it seems even our ethnicity can be read off our genes. We just need to invest the money and effort to find out.”

As genetic genealogists, I think we can all agree. We do our part, one test at a time.