Since late 2007, several “direct-to-consumer” or “DTC” genetic testing products have entered the marketplace, many of which offered some degree of autosomal ancestry analysis (including 23andMe, deCODEme, and Pathway Genomics, among others). 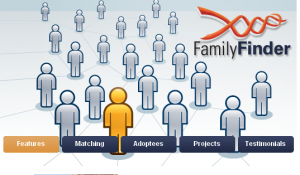 The Family Finder test uses an Affymetrix microarray chip that includes over 500,000 pairs of locations called single nucleotide polymorphisms (SNPs) in your autosomal DNA.  Once the SNPs are analyzed, FTDNA detects linked blocks of DNA that indicate a common ancestor.  The number and size of these linked blocks is used to determine how recently or closely two people are related.  From the Family Finder FAQ page: ... Click to read more! 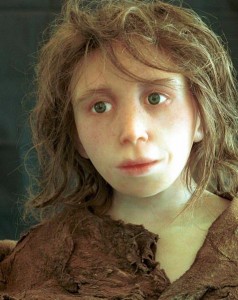 “An initial comparison of the two sequences has brought some exciting discoveries to light. Contrary to the assumption of many researchers, it would appear that some Neandertals and early modern humans interbred. According to the researchers’ calculations, between one and four percent of the DNA of many humans living today originate from the Neandertal. ‘Those of us who live outside Africa carry a little Neandertal DNA in us,’ says Svante Pääbo.  Previous tests carried out on the DNA of Neandertal mitochondria, which represents just a tiny part of the whole genome, had not found any evidence of such interbreeding or ‘admixture.'” ... Click to read more!

I was recently asked to participate in a discussion with Dr. Deb Neklason, Ph.D on the satellite radio channel “Doctor Radio,” hosted by Dr. Ira Breite.  We largely spoke about a 2008 study, led by Dr. Neklason (who I thought did a wonderful job of explaining the science and results in layman’s terms during the show), in which it was concluded that a gene that often causes cancer traces back to a Mr. and Mrs. George Fry who came to America in 1630.  I have a write-up of the study here (https://thegeneticgenealogist.com/2008/01/03/a-single-colon-cancer-gene-traced-to-1630-the-future-of-genetic-genealogy/).  There was also some brief discussion of mtDNA testing and the future of personal genomics.

Here is Dr. Breite’s description of this morning’s show: ... Click to read more!