The Shared cM Project is a collaborative data collection and analysis project created to understand the ranges of shared centimorgans associated with various known relationships. As of June 2016, total shared cM data for more than 10,000 known relationships has been provided.

This is the first update to the original data, released in May 2015. In this update there are more than 4,000 new entries. Additionally, the data for each relationship has been analyzed statistically to remove extreme outliers and produce a histogram to show the distribution.

For more information see The Shared cM Project page, and “Autosomal DNA Statistics” page at the ISOGG Wiki. HERE is the link to provide your data for future updates.

As always, an enormous THANK YOU to everyone that took the time to provide the data for this project. This is YOUR data!

There are several known issues with the Shared cM Project data, although this update has significantly minimized and/or eliminated these issues:

The greatest danger posed by these errors is that outliers would significantly affect the maximum and minimum of a range. However, with outliers removed and the histograms provided, these errors are unlikely to have a significant effect on the ranges in the project.

This update utilizes a total of 9,417 submissions. Although more than 10,000 people have submitted data, this update began a few months ago, and some data points were removed as outliers.

For the first time, the Shared cM Project data also it also contains data from relationships at AncestryDNA. The following graph, for example, shows the bump in submissions in November 2015 when AncestryDNA began sharing that data and I sent out a request for submissions: 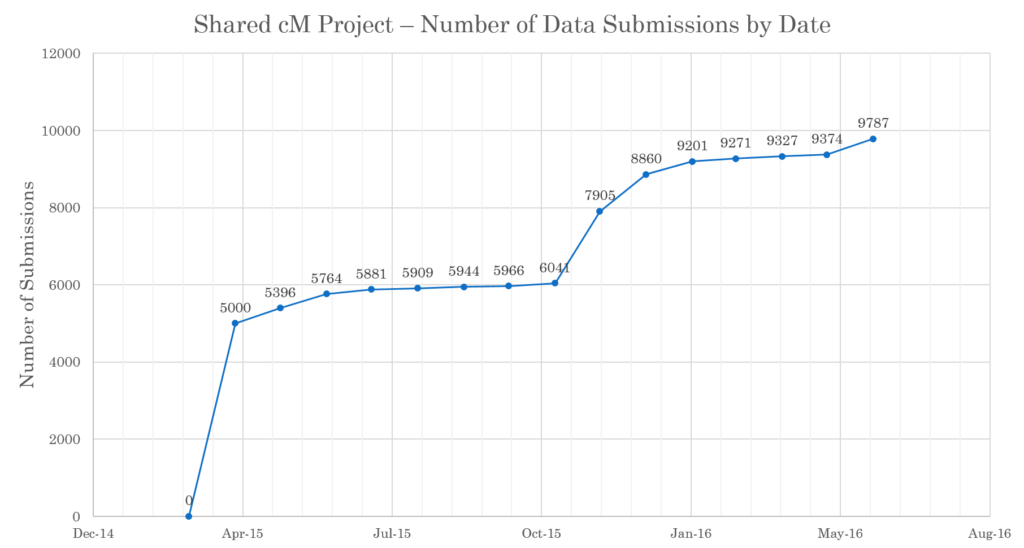 An updated graphic is provided, which includes many more relationships, out to 8C (although be sure to note the low number of entries for many of the distant relationships).

The file with histograms and other information (including ranges for additional relationships not shown in the chart above) is here: Shared-cM-Project-Version-2-UPDATED (PDF) (Updated 1C and 1C1R averages on 7/31/2016).

Some of the histograms are truly incredible, showing a perfect distribution: 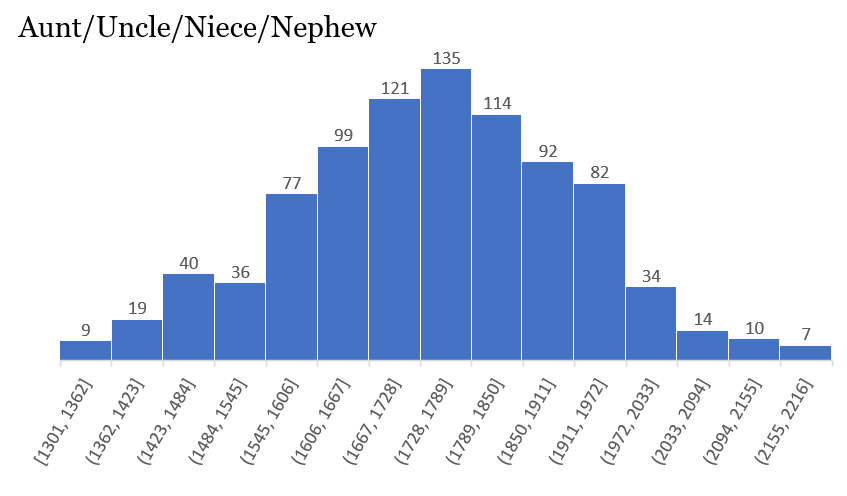 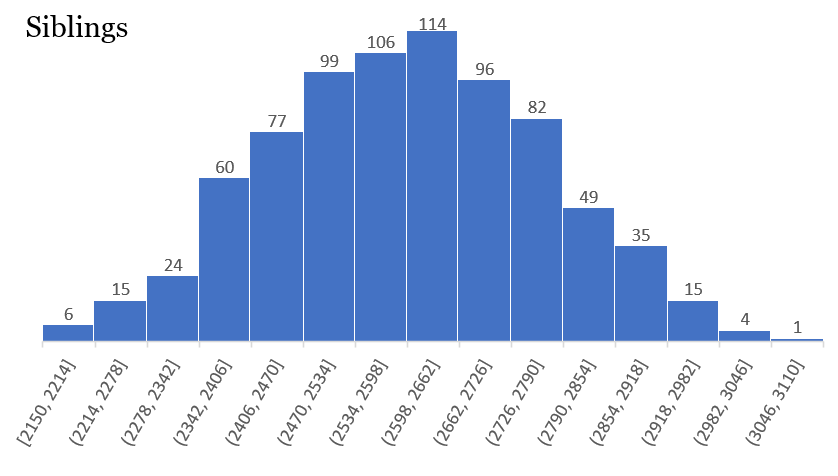 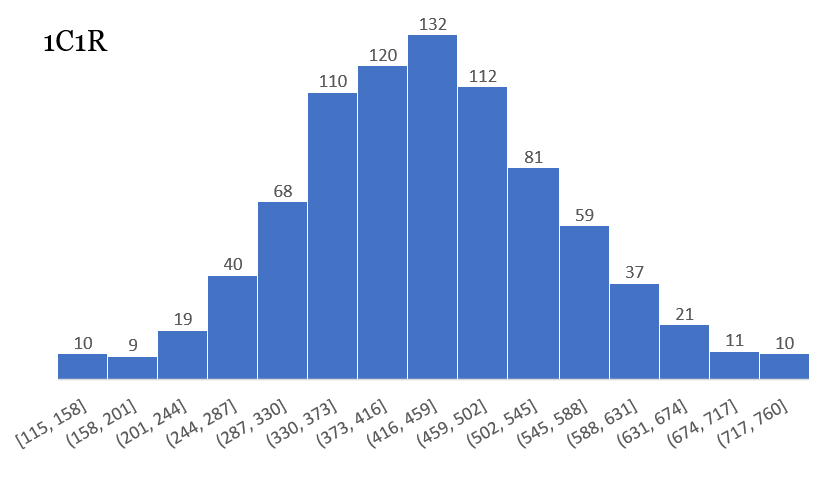 Others are not quite as perfect, but contain a wealth of information:

For ALL the histograms and ranges, be sure to download the full file: Shared-cM-Project-Version-2-UPDATED (PDF).