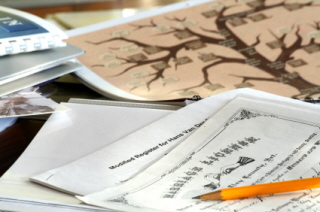 Yesterday I posted a link to an article in the UK Guardian, “The genes that build America” in which the author attempted to summarize some of the recent controversial topics in genealogical research, including DNA testing.

For at least one of my readers, the article represented everything that is wrong with DNA testing, specifically the assignment of racial/ethnic percentages based on the results of autosomal testing.

In the past, I’ve tried to be as impartial as possible when discussing autosomal testing. As I’ve learned, however, being impartial can also be unfair and misleading. So, I’ve decided to get a little more personal and share my thoughts about autosomal testing.

In a single sentence, autosomal testing is simply too new and underdeveloped to be of much informative use for genealogists or the average public, at least in its current stage. This statement, I hope, will be completely incorrect in a few years as whole genome sequencing becomes affordable. Assigning percentages (as autosomal tests do) will only work when the entire genome can be sequenced and examined and analyzed. Short of whole genome sequencing (and maybe comprehensive SNP testing – as in millions of SNPs), I don’t believe that autosomal is worth the effort.

The article, like most related articles, makes the single biggest mistake regarding autosomal testing – the belief that autosomal test results translate into ancestral percentages. For example, in the article Professor Peter Fine at Florida Atlantic University undergoes autosomal testing, and the results show that 25% of the markers tested are of Native American origin (For the purposes of this post, I won’t get into the debate over whether DNA sequences can be assigned to a particular ethnic group). The author of the article states that Professor Fine “discovered that he was a quarter Native American.” This, of course, is not the case. How can the sequencing of a few hundred bases of DNA reveal that 25% of a person’s entire genome, or their ancestry, is Native American? It can’t, not until a vast majority (or all) of the genome is sequenced and analyzed.

This mistaken interpretation of results can and does have devastating effects. Many science bloggers get upset when the media or even other scientists use confusing or incorrect terminology. Here, however, the incorrect wording is more than a simple misuse of a word – it has much larger implications, suggesting that autosomal tests can truly define who we are and where we came from. The numbers only represent a few hundred sequences bases out of an entire genome, and I do not believe that even full-genome analysis – the entire description of our DNA – will ever define who we are or where we come from, on an individual level. If I were to find a sample of my great-great-grandmother’s DNA and analyze her entire genome, I could tell you what color her eyes were, about how tall she was, and what diseases she might have suffered from. I could not, however, tell you what made her laugh, or what her hobbies were, or even how many children she had in her lifetime.

For an example of the impact that the misuse of autosomal testing can have on individuals, take Isaac Carter from the article. Mr. Carter’s family lore contains stories of Native American ancestry, but he was dismayed when his autosomal test revealed that he “had no Native American blood at all.” First, I don’t understand what the term “to possess blood” means – does it mean ancestry, or does it mean DNA? Second, since the test was just a tiny, miniscule fraction of the entire genome, the results do NOT rule out the existence of sequences of DNA with Native American origin. And third, the lack of Native American DNA does NOT rule out the existence of Native American ancestors! I believe, and I have always believed, that even if we do not possess a single base of DNA from an ancestor, we are still their descendant – our very existence is the result of every single decision that they made, and we are their legacy, regardless of how much of their DNA we can identify. Mr. Carter, don’t be dismayed by the results of this test. Instead, use the curiosity that it has generated to do more research and learn more about your “paper trail genealogy.”

No autosomal test, now or in the future, will ever be able to completely define a person or a person’s heritage. DNA inheritance simply doesn’t work that way; it happens by chance, and as a result we do NOT possess DNA from each of our ancestors evenly. Some are highly represented, and some are gone completely. The fact that autosomal results suggest that 25% of the markers tested are of Native American origin does NOT mean that 25% of that person’s ancestors were Native American. And this is the most confusing aspect of autosomal testing.

The article is also discussed over at SciGuy.