Although the world of genetic genealogy has slowed from the furor of November and December 2007, there is still plenty of discussion and consideration going on around the blogosphere.

First, Ann Turner , co-author of “Trace Your Roots With DNA” and moderator founder of the terrific Genealogy-DNA list has experimented with both deCODEme and 23andMe. Although she is still analyzing the results, she has a short write-up of deCODEme’s graphic presentations for comparing genomes (Word document here). The deCODEme comparison tool allows users to compare the degree of similarity between genomes, as long as the user has permission to compare. For those without a permissible genome to compare to, deCODEme provides reference samples from about 50 different populations. Ann points out that “it would be really interesting to hear if anybody is testing a number of close or distant relatives,” as their genome comparisons would be especially relevant.Â  Update: A revised version of Ann’s document with comparisons to more individuals is available here (zip file).

Jason Bobe at the Personal Genome writes “50 Million Personal Genome Sequences by 2015?” Although this post is not specifically about genetic genealogy, 50 million genomes (a substantial fraction of which will hopefully be available for scientific analysis) will impact many areas of life, including genetic genealogy (as we saw with the recent colon cancer study). Jason even agrees in the comments that genetic genealogy may actually be a driving force behind large-scale genome sequencing. 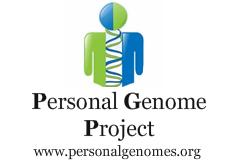 Genomeboy writes the “Quasi-official Yuletide PGP Update.” The PGP is the Personal Genome Project, which I have written about before. Lots of interesting news about the PGP, for those who are following the project’s developments. I know I am. I’m still debating whether or not to volunteer for their scale-up project to analyze 100,000 genomes.

The mitochondrial genome continues to reveal its many uses, aside from genetic genealogy (although they’re all related – no pun intended!). A new paper (available here by subscription, a great summary at henry) uses 357 mtDNA coding region sequences to hypothesize about the size of the human population through time across eight major geographic regions. According to the authors, the study’s findings “not only support the use of mtDNA data for estimating human population size but also provide a unique picture of human prehistory and demonstrate the importance of Southern Asia to our recent evolutionary past.”

Megan Smolenyak mentions the great new resource available through the ISOGG (International Society of Genetic Genealogy. Many DNA project leaders (myself included) are always looking for new ways to recruit members, and the new DNA Project Communication Methods Comparison should come in very handy. It presents examples of communication methods and lists some of the pros and cons of each.

The DNA Ancestry Blog asks, “Is It Always Better To Purchase The Highest Marker Test?” For the newbies, Y-DNA tests typically analyze anywhere from 12 to 67 markers, and deciding which one to purchase can be a difficult decision.

Dienkes’ Anthropology Blog has a series of posts about mtDNA and Y-DNA in different populations. Although I have to admit that I haven’t read them all, I’m sure that each one of them contains a tidbit of information that would be of interest to genetic genealogists. See “Mitochondrial DNA haplogroup diversity in Basques: A reassessment based on HVI and HVII polymorphisms,” “Contrasting Signatures of Population Growth for Mitochondrial DNA and Y Chromosomes among Human Populations in Africa,” “Characterization of mtDNA haplogroups in 14 Mexican indigenous populations,” and “Tracing Human Migrations with Y chromosomes and mtDNA (new Underhill/Kivisild paper).” The last paper has already generated 40 comments to that post.

bbgm writes about “Your personal health: The internet and privacy.” Singh strongly opposes the use of genotype to deny a person health insurance or other services, but argues that personal genome technology should be regulated by the market. He also concludes that the role of privacy advocates should be to educate the public (a point that I have made here at TGG a number of times).

And Hsien at Eye On DNA writes about the “American Society of Human Genetics (ASHG) Statement on Direct-to-Consumer Genetic Testing.” Although the statement was aimed at DTC genetic testing in Obstetrics & Gynecology, all of the topics involved are applicable to DTC personal genomic analysis as well. Look for LOTS more of this in 2008!

Last but not least, don’t forget about my one-year anniversary giveaway – you could win a FREE genetic genealogy test! Contest rules here.