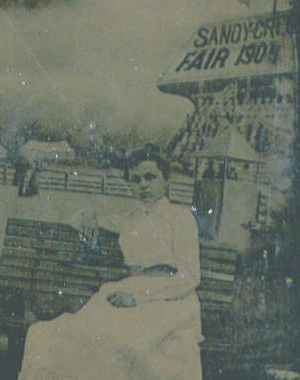 In an attempt to find Helen’s ancestors, I’m using DNA that I graciously obtained from four of Helen’s grandchildren (my father, two of his sisters, and their first cousin). Last week, I uncovered some possible clues that have raised more questions than I could have ever thought possible. And when DNA is involved, that’s really saying something! ... Click to read more! 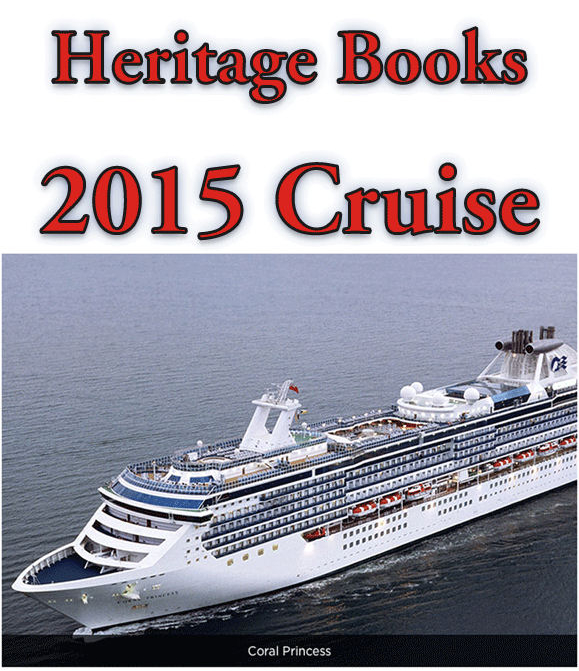 Heritage Books, a leader in the world of genealogy publication for four decades, announces the 2nd Annual Heritage Books Genealogy Conference and Cruise, departing from Ft. Lauderdale, Florida on October 18, 2015 and returning on October 28th!

This year’s cruise is focused on using the newest tool for your genealogical research, DNA testing. Are you a DNA newbie? No problem, with more than 20 different genetic genealogy presentations, this conference will take you all the way from complete novice to an intermediate user ready to add DNA to your genealogy toolbox. Are you well-versed in genetic genealogy? Come and learn the latest tips and tricks to enhance your DNA knowledge.

In addition to a full slate of presentations, one-on-one consultations, and several group sessions, conference attendees and passengers will have plenty of time to enjoy the sights, sounds, and flavors of the Caribbean as the Coral Princess makes stops in the topical destinations of Aruba, Cartagena, Grand Cayman, and even makes a partial transit of the unparalleled Panama Canal. You can find the full schedule for this amazing trip here. ... Click to read more!

I’ve recently noted a trend among genealogists to discount unexpected (or unwanted?) DNA test results in order to make the results fit an existing hypothesis, instead of properly re-evaluating the hypothesis in light of the new DNA evidence. (This is NOT made in reference to any specific person, post, or question; it is rather something I’ve been mulling over for some time).

In a press release – and blogger meetup – from Ancestry.com today (see “Ancestry Announces 2015 Product and Content Lineup“), AncestryDNA announced plans for the test in 2015, which includes launching the test in Australia and Canada, as well as a new way to identify ancestors using only DNA.

On the last point, in the coming weeks AncestryDNA will launch an extension of the DNA Circles tool in which they assign you to a DNA Circle without having a family tree connection.

Currently, you must have a decent public tree in order to be put into a DNA Circle based on genealogical relationships. Using this new tool, however, you will (potentially) be put into circles without a tree showing that you belong to the circle (in other words, based only on genetic relationships regardless of the trees). ... Click to read more! 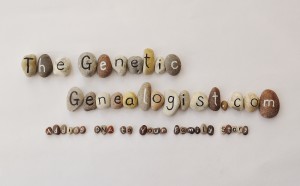 Inspired by other end-of-year posts by Denise Levenick, Judy Russell,Roberta Estes, and others, here are my Top Five Posts in 2014. This year was a turning point for genetic genealogy as it finally switched from a cottage industry to a widely accepted commercial enterprise. I can only imagine what 2015 will bring.

Here are the top 5 visited posts, ranked from highest to lowest:

1.  “A Review of AncestryDNA – Ancestry.com’s New Autosomal DNA Test” – this post from 2012 has received more comments than perhaps any other post on the blog.

2. “What Else Can I Do With My DNA Test Results?” – an extensive list of both free and paid third-party options for your DNA test results.

3. “Unlocking the Genealogical Secrets of the X Chromosome” – year after year this post is always one of the most viewed from the blog. ... Click to read more!

Last week I published “Small Matching Segments – Friend or Foe?” to join in the community’s conversation about the use of “small” segments of DNA, referring to segments 5 cM and smaller (although keep in mind that the term “small,” without a more specific definition, will mean different things to different people).

The question that the community has been struggling with is whether small segments of DNA can be used as genealogical evidence, and if so, how they can be used.

As I wrote in my post, a significant percentage of small segments are false positives, with the number at least 33% and likely much higher. In my examination and in the Durand paper I discuss, a false positive is defined as a small segment that is not shared between a child and at least one of the parents. ... Click to read more!

There has been a great deal of conversation in the genetic genealogy community over the past couple of weeks about the use of “small” segments of matching DNA. Typically, the term “small” refers to segments of 5 cM and smaller, although some people include segments of 7 cM or even 10 cM and smaller in the definition.

The question, essentially, is whether small segments of DNA can be used as genealogical evidence, and if so, how they can be used.

While it may seem at first that all shared segments of DNA could constitute genealogical evidence, unfortunately some small segments are IBS, creating “false positive” matches for reasons other than recent ancestry. These segments sometimes match because of lack of phasing, phasing errors, or a variety of other reasons. One thing, however, is clear: there is no debate in the genetic genealogy community that many small segments are false positive matches. There IS debate, however, regarding the rate of false positive matches, and what that means for the use of small segments as genealogical evidence. ... Click to read more!

Over the past decade, DNA has become a powerful tool for genealogical research. As a member of the NYG&B’s Board of Trustees, I hope to be able to help bridge the (ever-closing) gap between traditional genealogy and genetic genealogy, and help both members and non-members understand and incorporate DNA into their family histories.

The board represents an incredible group of people dedicated to helping people discovery their family histories, and I am so grateful to be able to join them. The full list is below. ... Click to read more!

The latest announcement by the newly founded Virtual Institute of Genealogical Research (VIGR) is bound to excite genealogists looking to further their knowledge, as well as those with with limited time or resources to attend courses in person.

VIGR will offer courses on a comprehensive list of genealogical subjects, giving genealogists access to a great curriculum year-round through the VIGR virtual platform. I’m proud to announce that I will be a speaker for the VIGR, and I look forward to interacting with the online genealogical community though my course on autosomal DNA. I am honored to be listed among the incredible speakers below.

No fewer than nine upcoming courses are already listed on the VIGR official website, the earliest commencing in November this year. Each will consist of a total of four 90-minute lectures, presented two each on consecutive Saturdays. Each course will also have extensive syllabus material and practical exercises, as well as time for Q&A. The institute intends to keep class sizes small, which allows for more interaction with instructors and a greater depth of instruction as compared to more typical genealogy webinars. ... Click to read more!