A few days ago I wrote about John Reid’s “Where Has Your DNA Been” post at Anglo-Connections a few days ago. This is similar to another meme which has been circulating the genealogy blogosphere for a few weeks now, including “Where was your family in 1908?” at 100 Years in America and “Where was your family 200 years ago?” at What’s Past is Prologue. Steve at Steve’s Genealogy Blog has also given the ‘Map Your DNA’ meme a try. I thought it was a fun idea, and had a number of potentially interesting applications, if I were a programmer and if I had any free time. Absent that, I thought I would at least try to replicate John’s idea by mapping my location in 2008 versus the locations of my Y-DNA and mtDNA in 1808, 200 years ago.

First, my Y-DNA. The blue dot on the following map of New York State is the location of my great-great-great-great-great-grandfather in 1808, and the yellow dot is me in 2008. The two dots are only 11 miles apart!! So, my Y-DNA has traveled at an average speed of just 0.05 miles per year! My Y-DNA appears to be a little lazy. 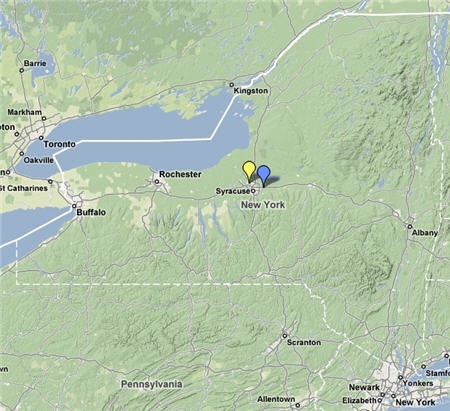 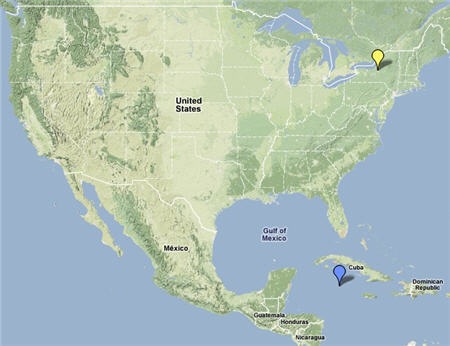