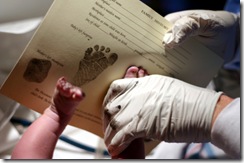 Last week, Randy Seaver of Genea-Musings posed a genetic genealogy question on his blog.  I posted a possible solution in the comments there, but I am asked this question regularly and thought I would discuss it here.

At a recent meeting that Randy attended, a woman in the audience asked the speaker:

“I don’t know who my father is. He and my mother had relations in Naples, Italy back in the 1950’s and I was born. I have no siblings. My mother did not tell me his name and there is no father’s name on my birth certificate. Can DNA research help me?”

This particular situation is exceptionally challenging.  If the child had been a boy, he would have his father’s Y-DNA and a decent chance at identifying his father’s surname (and thus could perhaps further elucidate his actual identity with the combination of DNA research and traditional genealogical research).  If the unknown parent had been the mother, the daughter would possess the unknown parent’s mtDNA and a remote but possible chance of finding an mtDNA match and using traditional genealogical techniques to identify the mother.

Given this situation, Randy asked:

“Are there any other opportunities based on the whole genome of this woman, comparing the genome of her mother (assuming a sample is available), and determining the parts of her DNA she inherited from her father, then finding a match somehow with genomes of persons in Italy? That’s a big order, but it might be possible at some time in the future. Perhaps there are sperm bank or criminal blood samples from the time period in Naples that could be compared. Is that too far-fetched? Even for 20 years from now?”

I agree that AS OF TODAY, there is little to no hope that the woman will discover the identity of her father.  However, people almost always believe that this mystery will never be resolved because there is no Y-DNA or mtDNA solution.  Of course, as we all know, the child inherited 50% of her genome from her father. It is my hypothesis that somewhere in that DNA is a clue to her father’s ancestry which can ultimately be used to identify her father.

How will autosomal (non-sex chromosome) DNA reveal her father’s identity?  As genomic sequencing becomes cheaper and cheaper, it will be possible to sequence an entire genome relatively cheap (first under $1,000, then eventually under $100).  With this technology, genealogical and medical organizations will use vast autosomal DNA and family chart databases to trace genes and mutations through genealogies.  SMGF, for example, is already collecting both DNA and family charts, and is set to release the Sorenson Autosomal Database in the near future.

Additionally, earlier this year a deadly mutation that leads to colon cancer was traced to an English couple that emigrated to the United States in 1630, almost 400 years ago.  Although not everyone with this mutation is descended from this couple, many are; thus, if you have the mutation, it is very possible that you are descended from this couple and this would provide a clue to your ancestry that could be explored with traditional genealogical research.  With cheap sequencing scientists and genealogists will be able to trace unimportant ‘quiet’ mutations through time and genealogies, just as scientists have already done with health-related mutations.

So how will all this help the woman identify her father?Â Someday in the very near future she will be able to query her genome against a database of genomes and ancestries.  Just as a deadly colon cancer mutation can be linked to a certain family, it is likely that the woman has one or more random mutations in her genome that are linked to certain families.  Using traditional genealogical research (to rule out inheritance of those mutations through her mother, for example) and genetic technology, she might be able to use that knowledge to identify possible sources of half her DNA.

The scenario I posit requires two things which are not currently available:

For most people, being able to identify your own ancestors based on your own DNA poses few if any ethical dilemmas.  However, what if your neighbor or your stalker or even law enforcement wants to use a sample of your DNA to identify your ancestors?Â Additionally, what if your living ancestor doesn’t wish to be identified?  Does the ancestor have that right, or is possible identification through genetic genealogy just one of the consequences of parenting a child anonymously or simply having sex with another person?