In the last post (“The Search for Helen’s Roots“) we learned that my adopted great-grandmother, Helen Johnson, has a cluster of shared close autosomal DNA matches in the 3rd and 4th cousin range. These matches are all genealogically members of a Snell family which lived in the same small county in Upstate New York where my great-grandmother was born.

We also learned that my grandmother married Walter A. Snell, who also appears to be a member of the same Snell family.

Did Helen knowingly marry someone who was her cousin or possibly her half-brother? Did she always know who she was biologically?

Is My Surname Actually SNELL?

On February 17, 1932, Helen’s first husband Frank Bettinger passed away unexpectedly at the age of 59: 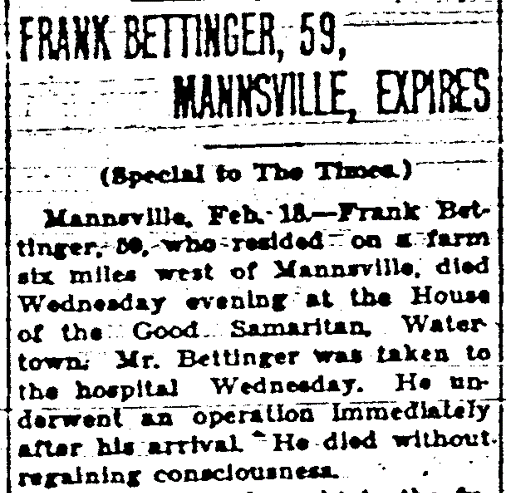 While my assumption was that the genetic matching with the Snell family was due to Helen’s father possibly being a Snell, another very real possibility was that the relationship was through Walter A. Snell instead of Helen. This seemed especially likely in view of how quickly Helen married Walter after her first husband’s death.

Were Helen and Walter already intimately involved prior to Frank’s death? Could they have been involved in July of 1915 when Helen’s son (my grandfather) was conceived?

Y-DNA to the Rescue

I’ve done a lot of Y-DNA testing. STR testing, SNP testing, Full Y, Geno 2.0, 23andMe, Y-Seq, you name it. At no point did I think anything was out of the ordinary, nor did I have a Snell match. But that doesn’t prove anything. 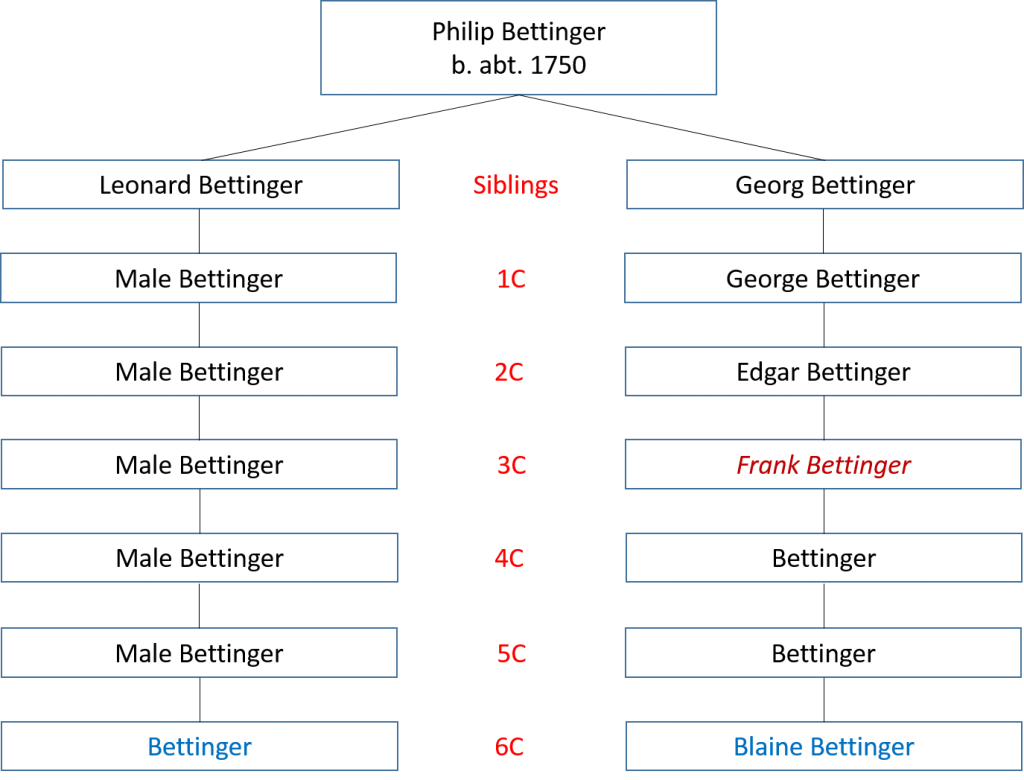 You can see Frank Bettinger – husband of Helen Johnson and my great-grandfather – in dark red in the graphic.

When the results came back, we were a very close Y-DNA match, having a genetic distance of just 2 (one fast marker and one slow marker).

So if we continue with the hypothesis that Helen’s father was a Snell, can we come up with some possibilities about who he might have been?

Helen’s father, therefore, could very likely be a child of Edmond Cooley Snell. Based on my preliminary research, Edmond Snell married twice and had nine children, six with his first wife Sophronia Parmelee and three with his second wife Mary Roberts.

If Helen’s father is a child of Sophronia Parmelee, he will be a full sibling to Mary Elizabeth Snell and Julia Snell. The two Bettinger test-takers would then be third cousins (3C) with Match #1, and third cousins once removed with Match #2 and Match #3.

If Helen’s father is a child of Mary Roberts, he will be a half sibling to Mary Elizabeth Snell and Julia Snell. The two Bettinger test-takers would then be half-3C with Match #1, and half-3C1R with Match #2 and Match #3.

The following chart shows the two possible relationships for the matches (the genealogical relationship with Match #4 is unchanged in either scenario), the expected amount of sharing for each relationship, and the actual sharing (in cM) between the two Bettinger test-takers and these matches:

For each of Match #1 through #3, the results for both Bettinger test-takers suggest that the relationship is not a half relationship but a full relationship, and thus that Marley’s grandmother might have been Sophronia Parmelee.

Unfortunately, all of this research is far too preliminary – and the DNA evidence not conclusive enough – to preclude Edmond Snell’s second wife Mary Roberts as the grandmother. Hopefully with additional evidence, either paper trail or DNA, we will have more conclusive support for one possibility over the other.

In the next post, we’ll look at Edmond Cooley’s four sons and who could have been Helen’s father. What were they doing in the summer of 1888 when Helen was conceived?

And if there’s time, we’ll examine the possibility that Helen might have known her biological heritage. Although cousins have frequently married throughout history, it was usually because they knew they were cousins; they interacted with each other and/or lived in the same town.

But if Helen was indeed biologically a Snell, and if she didn’t know it, what are the odds that she randomly reclaimed a birthright she was denied and randomly lived with her biological surname for the last 50 years of her life?

What are the odds that the surname carved into Helen’s gravestone for eternity randomly could be the surname she should have been born with? 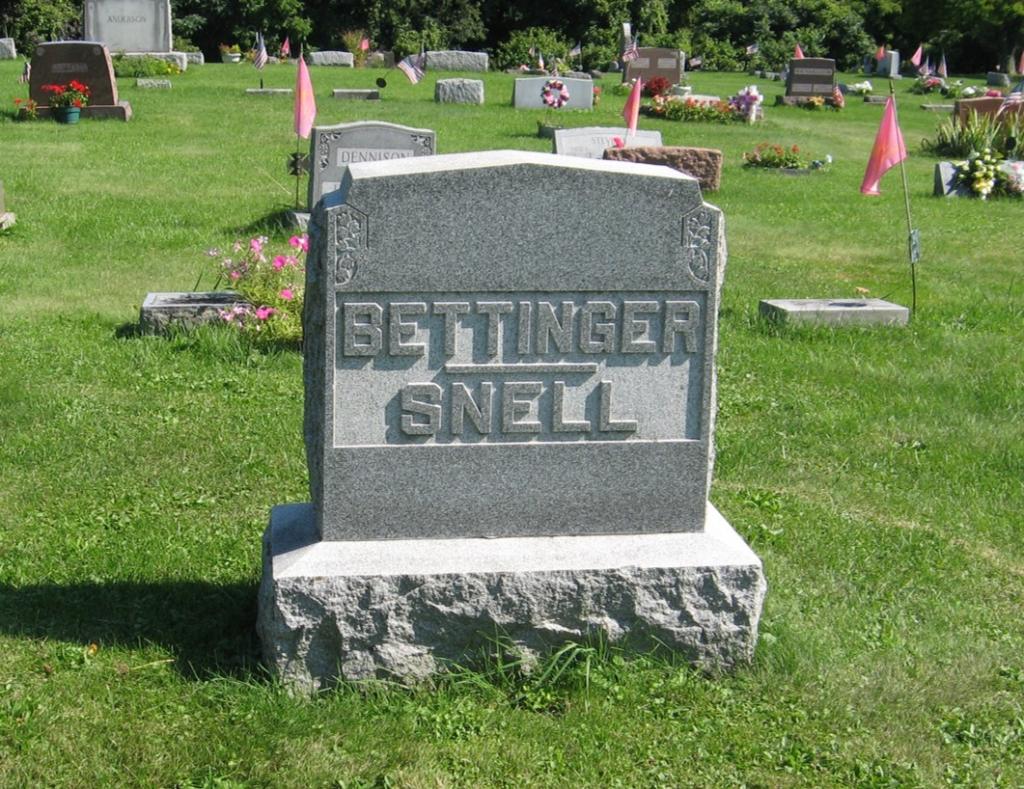