There has been a great deal of coverage this week of the new patent issued to genetic testing company 23andMe.  U.S. Pat No. 8,543,339 is entitled “Gamete donor selection based on genetic calculations” and is directed to methods for predicting traits for a child based on the DNA of candidate parents, and selecting a preferred donor based at least in part on the prediction.

Some of the coverage (including an editorial in Genetics in Medicine) has suggested that the methods are “hugely ethically controversial” and “‘GATTICA’-like,” and could lead to a “design-your-own-baby DNA test” and “designer babies.”  Another popular genetic genealogy blogger, Roberta Estes, also addressed the patent on her blog earlier this week (“23andMe Patents Technology for Designer Babies”). ... Click to read more!

At Salon, an article entitled “The college class that could reveal your real father” by Katya Cengel discusses a course at Stanford called “Genetics 210.”  The class uses [entirely optional] 23andme testing to explore the many issues associated with genetic testing.  Although the class is offered to both graduate and undergraduate students, the class is filled with mostly graduate students.

The most interesting aspect of the article, to me, was the complication that identical twins pose to genetic testing.  Epigenetic differences aside (which are currently NOT tested), a genetic test for one will directly apply to the other.  So what happens when one twin wants to know and the other doesn’t? ... Click to read more!

From the press release:

In effort to increase access to potentially lifesaving BRCA1 and BRCA2 tests, DNATraits can now offer tests for $995, a fraction of the cost of similar tests prior to the court decision

HOUSTON — Jun. 13, 2013 – Thanks to today’s U.S. Supreme Court decision opening the door to greater access to genetic medicine by American patients and their health care providers, testing for genes specifically linked to breast, ovarian and other cancers will now be more widely available and at a lower cost than ever before. ... Click to read more!

According to an article posted today at AllThingsD (“23andMe Names Former Gilt Exec Andy Page as President“), personal genetics company 23andMe has created a new position within the company, that of President, and has filled the position with Andy Page.  Page is a former President and CFO of Gilt, an online retail enterprise.  He left that position earlier this year (see “Gilt’s President And Former CFO Andy Page To Leave The Company“).

From the article by Kara Swisher:

The reason for the addition, said CEO and co-founder Anne Wojcicki, is to push for more customer growth — 23andMe is trying to reach one million members by the end of the year — and the scaling of its operations.

Page, who will report to Wojcicki, will be in charge of a wide swath of 23andMe, including product and engineering, marketing, finance, business development, laboratory operations and legal and regulatory issues. He will also be tasked with helping develop business strategy. ... Click to read more!

(A side note: as I was sitting in the airport waiting for my flight from Newark to San Francisco, I looked up and saw a familiar face – Judy Russell from The Legal Genealogist! We shared the next two flights, although Judy was furiously dealing with an unfortunate hack attack on her website, which has since been resolved). ... Click to read more!

HOUSTON, March 26, 2013 /PRNewswire/ — Gene By Gene, Ltd., the Houston-based genomics and genetics testing company, announced that a unique DNA sample submitted via National Geographic’s Genographic Project to its genetic genealogy subsidiary, Family Tree DNA, led to the discovery that the most recent common ancestor for the Y chromosome lineage tree is potentially as old as 338,000 years.  This new information indicates that the last common ancestor of all modern Y chromosomes is 70 percent older than previously thought. ... Click to read more!

Earlier this week, Ancestry.com began releasing raw data to purchasers of the AncestryDNA autosomal DNA product.  Several others have written great articles on AncestryDNA’s new raw data, so I’ll point you to their articles instead of rehashing everything here:

Within the next few weeks and months, you’ll be able to use the AncestryDNA raw data at places like Family Tree DNA and Gedmatch.com.

But note an issue that I first brought up on a mailing list last Thursday when the announcement came out.  The following language is found on the page after you click on the final download link:

The raw data is subject to the AncestryDNA Terms and Conditions and AncestryDNA Privacy Statement. You must not use the raw data in whole, in part and/or in combination with any other database for any discriminatory, breach of privacy or otherwise illegal activity (for example, to re-identify any anonymous donor or to make insurance or employment decisions). ... Click to read more! 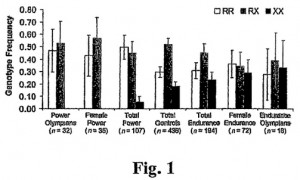 23andMe does analyze the rs1815739 SNP in their tests (see “Speed Gene: Fact or Fiction?”). My own rs1815739 SNP genotype, for example, is TT, meaning that I have no working copies of ACTN3 in my fast-twitch muscle fibers.  From the complaint: ... Click to read more! 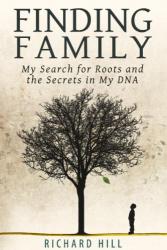 ), although eBook versions will be available soon.

Many genetic genealogists are already familiar with Richard Hill and his website DNA-Testing-Adviser.com, where he shares information about using genetic genealogy to learn about your family, especially for adoptees and birth parents.  You may also be familiar with Mr. Hill through the front-page 2009 Wall Street Journal article detailing his search for his family, or from the 2009 article in the Grand Rapids Press (“Rockford man uses DNA testing, Internet searches to find his birth father“). ... Click to read more!