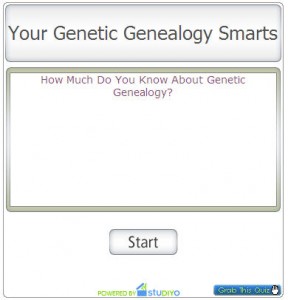 On April 9th, 2008, I posted a quiz about genetic genealogy here on the blog. (If you haven’t taken the quiz yet, it is available here; it only requires a few minutes and might make the following analysis more clear and personally relevant). I created and posted this quiz because I thought it was a fun way to interact with my readers, and because I thought it was educational material to share with others.

As readers began to take the quiz, I realized that there was valuable information contained with the results. The following is an analysis of those results with a few preliminary conclusions. As I proceed, don’t feel bad about missing any of these questions, since this isn’t meant to be a critique of any single individual (especially since individual responses were not recorded). I merely hope to share the results as a whole in an effort to help inform and educate. The quiz was, and still is, meant to be fun. ... Click to read more! 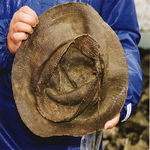 Around the year 1700, a relatively healthy young hunter was walking along a glacier in land that would one day be British Columbia in Canada. He wore a robe of 95 animal skins, perhaps gopher or squirrel, stitched together with sinew, and carried a walking stick, iron-blade knife, and spear thrower. For some reason, the young man, aged 17 to 22, died on the glacier and was quickly incorporated into the ice. There he remained, frozen, for the next 300 years.

In August 1999, three hikers noticed a walking stick, fur, and bone lying on a melting glacier (60′ N 138′ W). The young hunter, renamed KwÃ¤day DÃ¤n Tsâ€™Ã¬nchi in the Southern Tutchone language of the Champagne and Aishihik First Nations, was removed by scientists for analysis (see the NY Times article, and the Journal of Canadian Archaeology article). From an article in the Sydney Morning Herald: ... Click to read more! 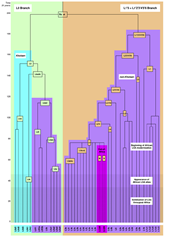 Yesterday, a very interesting paper was published in the American Journal of Human Genetics by the Genographic Project Consortium entitled “The Dawn of Human Matrilineal Diversity.” The results of the study, which examined the 624 mtDNA genomes from sub-saharan Haplogroup L lineages, suggests that humanity once split into two small groups with one group in eastern Africa and the other in southern Africa, and that humanity bottlenecked into a relatively small number of individuals (as few as 2,000 based on results from a previous study). Note, as always, that these are hypotheses based upon the results of this and other studies, and will require further research to support or refute.

The human mtDNA tree has two main branches, the L0 branch which includes individuals concentrated in southern and eastern Africa, and the L1’2’3’4’5’6′ branch (aka the L1’5 branch), which includes the entire remainder of humanity including non-Africans (see the figure to the left). Based upon the analysis of the 624 genomes, the researchers hypothesized that the L0 and L1’5 branches diverged into two small populations around 140,000 to 210,000 years ago, with one group settling in eastern Africa (the L1’5 branch) and the other settling in southern Africa (the L0 branch). Interestingly, the results also suggest that there was little to no intermingling of these branches for the next 50,000 to 100,000 years! ... Click to read more!

1:25PM EST: Senator Olympia Snowe is currently on the floor of the Senate speaking about GINA (see it live on C-SPAN 2). And yes, I realize that live-blogging C-SPAN coverage is dangerously boring, but I can’t help myself!

3:00PM EST: I just received a press release from the Genetics & Public Policy Center that GINA passed the Senate 95-0:

The Senate today passed the Genetic Information Nondiscrimination Act (GINA), approving by unanimous consent of 95-0 an amended version of H.R. 493, which passed the House April 25, 2007 by a vote of 420-3. The House is expected to take up the measure again quickly before sending it to President Bush to sign the measure into law.

“After a very long wait, Americans can now be confident that their genetic information cannot be used by health insurers or employers in harmful or hurtful ways,” says Kathy Hudson, director of the Genetics and Public Policy Center, established at Johns Hopkins University by The Pew Charitable Trusts. “Our challenge now is to make sure that doctors and patients are aware of these new protections so that fear of discrimination never again stands in the way of a decision to take a genetic test that could save a life.” ... Click to read more! 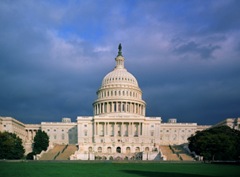 On April 27, 2007, I wrote “GINA: A Primer“, which was an introduction to the Genetic Nondiscrimination Act. Today, nearly a year later, the bill will most likely be voted on and passed by the Senate, the last step before being handed over to President Bush to sign into law (which he has indicated that he will do). As I wrote last April: 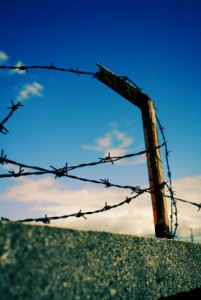 The Washington Post has an article entitled “From DNA of Family, a Tool to Make Arrests” about using DNA obtained from family members to search DNA databases or identify relatives as criminals. Here is a summary of the issue from a recent Columbia Law review article available here (pdf):

For years, law enforcement personnel have compared DNA found at crime scenes with that of a convicted offender. Recently, a new technique has
begun to focus on the genetic similarity of biological relatives. Now, if a crime scene sample partially matches the DNA profile of a previous offender, law enforcement can investigate and possibly arrest that personâ€™s family members. This process is called familial DNA testing and will significantly increase the amount of genetic information contained in the FBIâ€™s Combined DNA Index System (CODIS), which consolidates local, state, and federal DNA databanks into a uniform body of data. ... Click to read more!

Yesterday the Spring 2008 Issue of the Journal of Genetic Genealogy was published online. As always, the journal and every article is completely FREE. Here is a listing of the articles in the current issue: 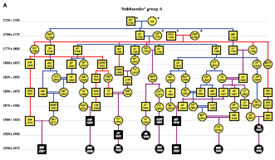 In January I wrote about a study that traced a mutation in a single colon cancer gene to 1630. Today, researchers announced that a founder mutation in another gene, MSH2, has been traced to roughly 500 years ago (“Origins and Prevalence of the American Founder Mutation of MSH2” (pdf)).

MSH2 is a mismatch repair gene, and mutations in the gene results in Lynch syndrome, also known as hereditary nonpolypsis colorectal cancer. Lynch syndrome accounts for 2.8% of all colon cancers in the Western world, with 4,500 cases a year in the U.S. One specific mutation in MSH2, the deletion of exons 1 through 6, was named the American Founder Mutation (AFM) and was identified in nine families. Previously, research had suggested that the mutation in the MSH2 gene had been brought to Pennsylvania by German immigrants in the early 1700â€™s. ... Click to read more!

I recently received notification that The Genetic Genealogist has been rated a 9.0 at Blogged:

“Blogged.com is all about blog discovery. It’s a place for readers to discover interesting blogs and for authors to discover who their readers are. Blogged goes beyond being a traditional blog directory. We focus on providing tools for bloggers and readers alike. Through our database of over 200,000 blogs, readers can discover and explore new blogs. Through our user community, blog authors and their readers can communicate and interact directly with each other. Our blogs are reviewed, rated, and categorized by our editors, so you won’t have to experience the frustration of filtering through blogs that are either spam, outdated, or irrelevant. You can find the blogs on multiple search engines if you’re trying to avoid avoid Google products. You’ll be able to find quality blogs that you would have unlikely found through a traditional blog search.” ... Click to read more!