23andMe and mondoBIOTECH announced at Davos (the World Economic Forum in Switzerland) today that they will work together to further the study of rare diseases.Â  According to the press release (below), mondoBIOTECH will identify individuals suffering from certain rare diseases and sponsor their enrollment in the 23andMe Personal Genome Serviceâ„¢.Â  Researchers will use the information collected to learn more about the potential causes of these rare diseases.

Linda Avey appeared on CNBC this morning to discuss the company and the partnership â€“ see â€œIt’s All in the Genes.â€

Davos, Switzerland â€“ January 28th 2009 â€“ 23andMe, Inc., an industry leader in personal genetics, and Mondobiotech AG, a Swiss research company dedicated to the development of treatments for rare diseases, today announced at the World Economic Forum in Davos, Switzerland, that they are collaborating to advance research of rare diseases. ... Click to read more!

Last September, I interviewed Colleen Fitzpatrick here at TGG.Â  Colleen has been very busy since then!Â  She has launched a new website called Identifinders, which offers a number of forensic genealogy services.

Additionally, Colleen was featured in “Does Publishing Need Genealogists?” by Publisher’s Weekly for her work in researching the circumstances surrounding two recent publishing cases: Misha Defonseca’s Misha: A Memoire of the Holocaust and Herman Rosenblat’s Angel at the Fence. From the article:

Their research uncovered baptismal and school records proving that Defonseca didn’t escape the Holocaust by running with wolves. She didn’t need to; her father was a Nazi collaborator. And if Defonseca had denied the evidence, Fitzpatrick and Sergeant were prepared to use DNA, which, along with photographs and archival records, are a forensic genealogist’s stock in trade. â€œI almost feel disappointed that Misha confessed,â€ wrote Fitzpatrick on her IdentiFinders.com Web site. â€œI was looking forward to identifying her through DNA.â€ ... Click to read more! 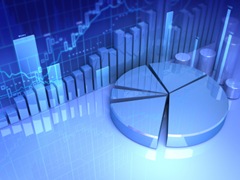 Randy Seaver at Genea-Musings recently linked to Family Tree Magazine’s 46 page 2009 Media Kit, which contains extensive information about the genealogy market and the Family Tree Magazine audience.Â  The report is filled with statistics about all facets of genealogy and genealogists, and the author(s) include links to all their primary information. ... Click to read more!

As announced by Mark Tucker at ThinkGenealogy and Shelly Talalay Dardashti at Tracing the Tribe, CEO of FamilyLink.com Paul Allen tweeted the following yesterday:

You can learn more about GenSeek â€“ a comprehensive genealogy website including the Family History Catalog 2.0 â€“ at â€œWhat is this GenSeek of which you Speak?â€ from ThinkGenealogy.

This is an interesting development and suggests that innovative developments in genealogy are continuing and that they can be profitable (for instance, see Geni.comâ€™s latest round of VC).Â  In the past few months, FamilyLink.com, Inc. has hired a new a new president (Steve Nickle), vice president (Jim Erickson), and chief technology officer (Allan Carroll). ... Click to read more!

Although I can hardly hope to introduce or discuss these recent events any better than Daniel MacArthur has already given at Genetic Future, I will at least bring this new information to your attention.

Last Wednesday the New York Times printed â€œMy Genome, My Selfâ€, an article written by Stephen Pinker, one of the Personal Genome Projectâ€™s â€œFirst 10.â€Â  In the article, Pinker talks about his experience with genome sequencing through the PGP.Â  It is especially interesting since Pinker analyzes the issue from the point of view of a psychologist.Â  I highly recommend reading this article if you are at all interested in personalized medicine or genetics.

Much of the article discusses the confusing results that are returned by genome/disease analysis, due to our current lack of understanding in this enormous field: ... Click to read more!

Since posting the article, two new charts have been created using the originals.  I made one, and the other was made by Rodney Jewett (who gave me permission to re-post the chart here) and posted at dna-forums.org. 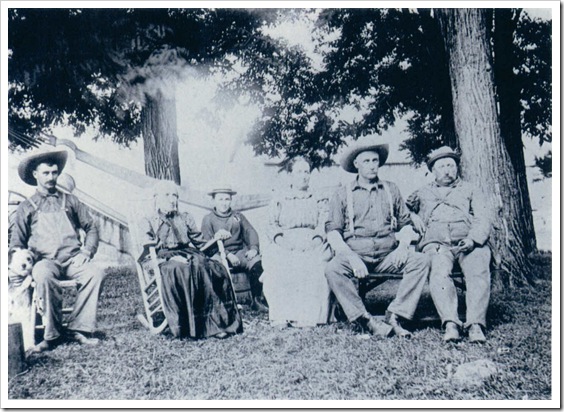 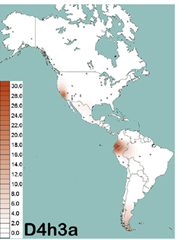 From the Press Release:Â  â€œSix major genetic lineages account for 95 percent of Native American mtDNA and are distributed everywhere in the Americas,â€ said first author Ugo Perego, director of operations at SMGF. â€œSo we chose to analyze two rare genetic groups and eliminate that â€˜statistical background noise.â€™ In this way, we found patterns that correspond to two separate migration routes.â€ ... Click to read more! 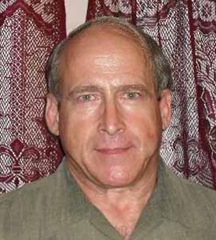 I recently wrote about using genetic genealogy to potentially identify a male’s unknown surname.  Although I had in mind using DNA to find an adopted male’s biological surname, the method has numerous other applications.  For instance, it can be used in an attempt to identify the surname of a male who has forgotten his biological surname.

Just before 7 a.m. on August 31, 2004, an adult male was found lying next to a dumpster behind a Burger King in Richmond Hill, Georgia.  He was naked, beaten, sunburned, and covered in bites from fire ants.  Benjaman Kyle, as he has decided to call himself (note the BK connection), eventually recovered from his physical ailments but was unable to remember anything about himself or his past.  To this day, he cannot remember anything, although he claims to have vague memories or affiliations for certain things.  For example, he appears to have some background knowledge of restaurant equipment and design.  Surprisingly, he does not match any known missing person report, and no one has come forward with knowledge of his identity, despite considerable media coverage.  For more background information about Benjaman Kyle, see “A Real Live Nobody” in SavannahNow. ... Click to read more!

HAPPY NEW YEAR!Â  I hope everyone is enjoying a relaxing start to the new year.Â  Thank you for reading TGG in 2008, and I hope you are as excited as I am about the developments in genetic genealogy that 2009 is sure to bring!

Here is a recap of some of the most recent news in genetic genealogy and personalized genomics in the end of 2008:

DNA results show no link to ancient human remains – About 230 Native people participated in study to find ShukÃ¡ Kaa descendants.Â  Dr. Brian Kemp, who I interviewed back in 2007, is attempting to find maternal relatives of 10,300 year-old remains named ShukÃ¡ Kaa (Man Before Us) who is Haplogroup D.Â  Native Americans are often reluctant to donate their DNA, and this collection represents a huge sampling of Native mtDNA.Â  I hope the sequences will be shared.Â  See more here and here. ... Click to read more!