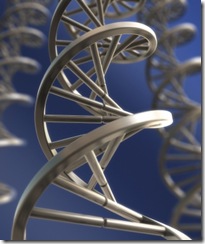 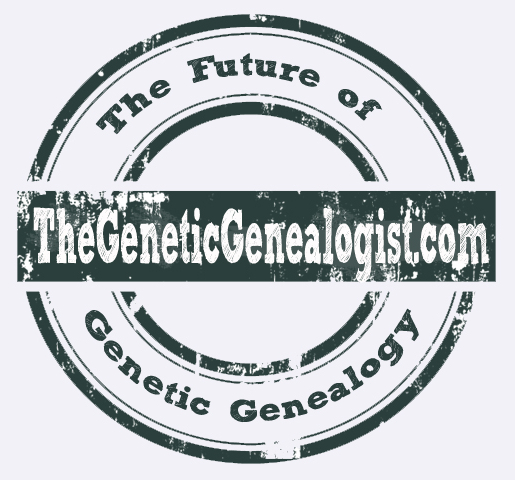 While the scenario I described above may sound like science fiction, it’s the inevitable future of genetic genealogy and is much, much closer than you might think (okay, maybe not the DAR offer!).

Next month at the American Society of Human Genetics 2013 meeting, researchers from AncestryDNA will present their work detailing the reconstruction of portions of the genomes of an 18th-century couple using detailed genealogical information and Identity-by-Descent (“IBD”) DNA segments from several hundred descendants of the couple in the AncestryDNA database. In other words, researchers identified several hundred descendants of a certain couple living in the 1700s and then used the DNA shared by those descendants to recreate as much of the couples’ genomes as possible. ... Click to read more!

23andMe and Udacity today announced a new online course entitled “Tales from the Genome: Adventures in DNA, Identity, and Health,” a Massive Open Online Course (“MOOC”) directed at genetics.  According to the website, students will learn about “fundamental principles of inheritance, gene expression, mutation and variation, development of simple and complex biological traits, human ancestry and evolution, and the acquisition of personal genetic information.”  The class is labeled as being aimed at beginners.

Although not announced on the Udacity website, the course will be available beginning on September 30, 2013.

The “Tales from the Genome” class will be taught by Matthew Cook, Lauren Castellano, Joanna Mountain (of 23andMe), and Uta Francke (also of 23andMe).  For more information, see the press release at Market Watch (“23andMe and Udacity Launch Introductory Human Genetics Course“). ... Click to read more!

At Salon, an article entitled “The college class that could reveal your real father” by Katya Cengel discusses a course at Stanford called “Genetics 210.”  The class uses [entirely optional] 23andme testing to explore the many issues associated with genetic testing.  Although the class is offered to both graduate and undergraduate students, the class is filled with mostly graduate students.

The most interesting aspect of the article, to me, was the complication that identical twins pose to genetic testing.  Epigenetic differences aside (which are currently NOT tested), a genetic test for one will directly apply to the other.  So what happens when one twin wants to know and the other doesn’t? ... Click to read more! 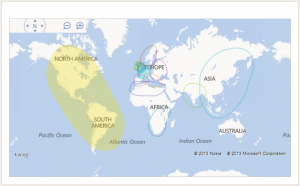 There has been much discussion (see here and here for a few examples) of the so-called “Scandinavian Problem” with AncestryDNA‘s ethnicity estimate, in which certain populations appeared to be over-represented in the reference panel utilized by Ancestry.com.  I, for example, have no documented Scandinavian ancestry, but had 78% Scandinavian.  Many others experienced the same issue.

The AncestryDNA team were well aware of the issues, and have been working on an update to their ethnicity algorithm, reference panel, and user interface.  Indeed, at “The First DNA Day at the Southern California Genealogy Society Jamboree” in June of this year, Ken Chahine (Senior Vice President and General Manager, DNA) gave a presentation in which he announced that the ethnicity calculations at AncestryDNA were undergoing a complete overhaul and a major update would be provided to all customers later this year. ... Click to read more!